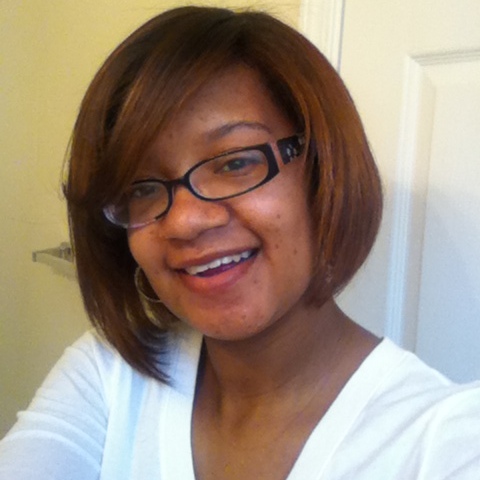 Penetra Caldwell has not received any gifts yet

Favorite Book
Can't do it! That would be like picking a favorite child.

Penetra, top of the world to you,  and welcome to authors.com  …from The Chuck!
I write sci-fi fantasy novels filled with adventure, mystery, romance, drama, horror, and plenty of comedy… Sci-fi for every adult human to enjoy. I'm also a well-known published poet. When you have a few free moments, please check out my Authors page and a few of my videos and blogs I have recently added. Many of my blogs consist of free to read enjoyable sci-fi stories I plan to unite within a book titled: 'Epic Marvels. One of my newest sci-fi novels is titled: 'They!', which is somewhat related to the 1954 sci-fi classic movie, 'Them!' I'm currently working on a sci-fi mystery titled: 'The Mysteries of Muller Park'.

Nice to meet you Penetra. Welcome aboard. :) I hope you like it here! I look forward to hearing all about your writing.

Hi Penetra! Great to have you here and a warm welcome to Authors.com. :) It’s a very friendly community. We’d love it if you could drop by this thread please and tell us how you discovered Authors.com. :)

If you're a reader, Smashwords.com has Read An eBook Week event with big discounts including 25% off two of mine Gerry's War and a juvenile Ransom.  The coupon code is REW25.

Are you a writer?

Hello Penetra. Welcome to my corner of the world.

I'd be happy to help anyway I can. Just ask. Join a few groups here and meet a few people. I can be found over on Facebook mostly, but I also advertise on Twitter. Linked In (one word) is another great place to meet writerly people.

Lovely to meet you Penetra!

Hello Penetra, I'm happy to meet you and pleased to have you for a friend. I'm fairly new here too so we can learn together and share what we know. Nice to have you on board.

Hi, looks like we have a lot in common...

Thanks for the friend invite. Please check out my new stuff...

Q & A with Marissa Meyer

Q & A with Carter Higgins

Behind the Scenes of Animation: PW Talks with Reid Mitenbuler

Denial And Lies Are 'Almost An Intrinsic Part Of An Epidemic,' Doctor Says

For October, 3 Romances That Give You Exactly What You Want

This Memoirist Got By With a Little Help From Strangers

The Best of the Kennedys?

Getting Lost Helped V.E. Schwab Find the Idea for Her 20th Book

Visions of New Worlds, Both Hopeful and Nightmarish

An Expedition Deep Into an Underworld of Online Hate

In Bryan Washington’s ‘Memorial,’ a Young Gay Couple Is Divided by Race, Class and Culture