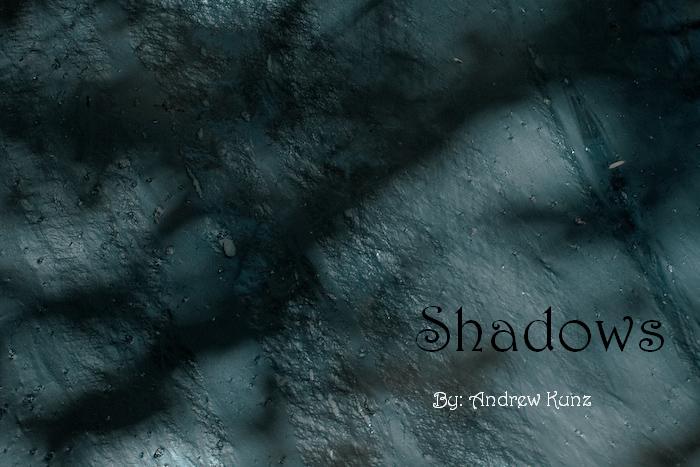 This is the cover picture to my newest project.

And the redone first paragraph that I posted in my first blog.

The sun beat down onto the pavement creating ripples to rise from the street, giving the illusion of water. The few clouds that resided in the sky steered clear of the blazing orange ball that dominated the sheer blue sky. The variety of greenery that claimed the side of the road watched aimlessly as a bright yellow School Bus sped down the otherwise abandoned highway. The Bus carried a group of students and one member of faculty from Stafford High School on their way to Stafford’s annual camping trip. Mr. Cartell was one of the most well known teachers at Stafford for his energetic and entertaining lessons on World History. Many of the students claimed you hadn’t enjoyed High School till you sat through an entire semester with Mr. Cartell. Every year Mrs. Holland plans a camping trip with him for any students interested at one of the many provincial and state parks across North America. Last year they travelled to Wekiwa Springs State Park in Florida, but the trip was only open to Grade 12 students and was fairly expensive. Mrs. Holland was another well known teacher at Stafford who taught English. Unfortunately for the students at Stafford, she was given a position at Cunningham University. This year Mr. Cartell decided to stay within Ontario and picked the Pinery for their destination.

I'm still working on the introduction part of the story, getting the basics of the Characters out so the readers know at least something about them. Currently on the third Character now, Mr. Cartell being the first. For the past couple of days I've had Vampires on my mind and not sure if I mentioned that, but I'm mentioning it now if I hadn't before. I looked at this project and all I could think of was to basically copy my Half-Blood story and make it about Camping rather than about a Cottage, which would be pretty stupid and boring in the end.
I kind of got the idea for what I want to do with it after I watched 9 last night, which was a pretty good movie; the story has nothing to do with robots that try to kill humanity though, sorry, but watching the movie gave my imagination a jog and I came up with what I have now. I'll probably post a little more of it up later when I get a little further along with it.

Comment by Kay Elizabeth on September 30, 2009 at 11:59pm
Andrew, your cover pic is very cool! :) Nice choice. Movies can be very helpful in giving the brains a kick. Keep it coming. I'm interested to watch it take shape. Hey and don't miss the yWriter resource I posted in the Writing Resources Group. You might be able to make use of that. :)

Comment by scribbler on October 6, 2009 at 5:21am
I would like to see the next installment as well Andrew. Do you have any more yet to share? I checked back a couple of times to see if there was a new installment.

Q & A with Todd Strasser

Fredrik Backman Walked Into A Potential Future Home. What He Found Surprised Him.