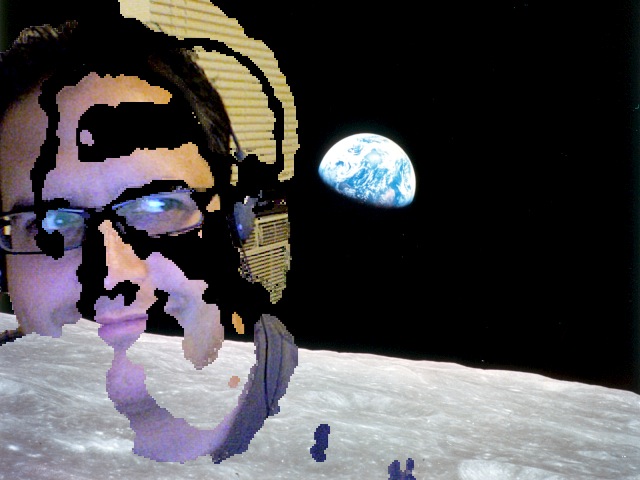 Jeremy Vaeni has not received any gifts yet

NEW YORK -- Director Philippe Mora and Paratopia.net announced their historic creative partnership on Friday, January 14, 2011. Historic, because it is the first time a Hollywood director has looked to team up with an indie podcast to produce and distribute movies.

Mora's résumé is as impressive as it is eclectic, having directed acclaimed documentaries such as Swastika and Brother Can You Spare A Dime, as well as narratives like Mad Dog Morgan, Howling II, Howling III, and Communion. It is the subject matter of that last one that brings them together: alien abduction.

Paratopia.net is the home of a paranormal and UFO-themed multimedia experience like no other. The brainchild of Jeffery Ritzmann and Jeremy Vaeni, Paratopia boasts a large global following for their podcast. They have built a level of trust and credibility with their audience that is unparalleled amongst shows that talk about out there topics like alien abductions, trickster archetypes, shamanism, ghosts, and the occult. Last week, they launched their Paratopia Quarterly e-zine, which has already created a stir by calling out prominent alien abduction researchers for bad practices-something that rarely happens in the UFO community. Branching into the film industry feels like a natural next step for their multimedia approach.

"We are going to embark on an adventure of… movie making and distribution, Paratopia-style," Vaeni announced.

"I think it will be a really good collaboration," Mora added. "The idea is, we're going to make a Paratopia/Philippe Mora movie, or a Philippe Mora/Paratopia movie, and it's going to be fantastic."

"You had it right the first time," Ritzmann quipped.

"No-no, I had it wrong the first time-That's why I corrected myself," Mora shot back.

Mora is currently in preproduction for Dali 3D, a feature film about the life and times of surrealist painter Salvador Dali, slated for 2012 release.

Given what's on his plate now, why would Mora want to jump down the rabbit h*** of the paranormal? "The issues are unresolved. That's what's so fascinating about this," he explained.

He went on to say, "I think it's going to be an incredible collaboration… The fact of the matter is that Paratopia has brought up all of these issues, you know, week after week after week after week and [the work Ritzmann & Vaeni have done] is terribly important. You can have a hundred thousand fake abduction stories. But if one story is true then… lock your doors."

Aliens Have Landed on Kindle!

This week I launched the Kindle version of my 1st book, "I Know Why The Aliens Don't Land!" -- Now featuring 45% fewer spelling errors!

If you haven't read it, now's your chance. Even if you don't care about aliens or alien abductions, you're sure to enjoy what is being hailed by me right now as a cult classic.

Below is the link to the U.S. Amazon store but it is available at Amazon sites globally. Check it out....…

scribbler said…
Nice to meet you Jeremy. :) Welcome aboard. I’ll look forward to getting to know you better.

Kay Elizabeth said…
Hi Jeremy! Great to have you here and a warm welcome to Authors.com. :) It’s a very friendly community.

Kay Elizabeth said…
Jeremy, sorry I missed you saying hi in chat. In answer to your question, the chat's always open. There's no formal arrangements for chats unless someone feels like arranging an event and posts about it. When you log in to the site you're automatically in chat. Most don't realize that which is why you don't get an answer sometimes. They don't have the chat window open. Hope that helps! :)

'Little Gods' Reminds Us Some Questions Are Better Left Unasked

'Why Religion?' Asks 'How Hearts Can Heal' After Tragedy

Growing Up in the Margins Without Being Marginalized