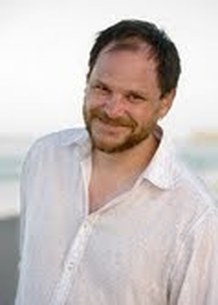 Favorite Book
The Surgeon Of Crowethorne

In one form or another, Dean Mayes has been writing and creating for most of his life...or at least for as long as he could wield a pen and knew how to use it.
Born in country Victoria, Australia, Dean grew up with an early love of words - a trait a little out of step for most children of his age. His creative streak was inspired by the work of George Lucas, whose ubiquitous epic Star Wars, was the first movie Dean ever saw as a four year old and one that fired his creative imagination irrevocably from then on.
The genesis for what has become his first published novel can be traced back to about 2002 when he was pursuing another, altogether different story. Dean dreamed of a novel that would grace the book stands of the airport terminal - the kind of Robert Ludlum/Tom Clancy political thriller that is the staple of great airport fiction. Only, he wanted to set his in the future and have it be a sprawling saga of the George Lucas kind. It was a daunting challenge and one that became too ambitious. It was, perhaps inevitable that it would fall over.
All the while, however, the idea for a very different kind of story began as a mere splinter in Dean's minds eye - a concept for a kind of what if fable. All that was envisioned then was a scenario - two young men, one noble and proud - the other duplicitous and mean. If something happened, an event that affected them both. One died, the other lived but that was just the beginning. What then?

That's all it was - an idea. For years it stayed with him as life twisted and turned as life always does. The airport fiction blockbuster faltered, other events occupied Deans life.
And then, one day in March 2009, he decided that this idea was finally going to have its turn.
Dean started an internet blog and decided that this endeavor was going to be purely one of enjoyment. He would write 'on the fly' with no bells or whistles and put it up there on the blog. He would announce a new edition on Facebook and Twitter each week and let anybody who wanted to read it.
A funny thing happened. Dean suddenly found himself with a dedicated readership - a following who would 'tune in' each week to see more of this unfolding story - a fable about a struggling young drug addict with a brilliant gift for the guitar, who is rescued from a near fatal overdose in urban Chicago. Meanwhile, a beautiful young lawyer is trying to rebuild her life in Southern Australia following the death of the love of her life - a promising architect...who also has a gift for classical guitar.
People began asking when the next installment was coming, telling how hooked they were on the story, encouraging Dean to keep going, to keep writing. And out of all these new found fan messages came one in particular. It was a message of encouragement, but one that also invited Dean to have a look at ireadiwrite Publishing - a small digital press in Vancouver, Canada. Though it's a fairly new player in the industry, ireadiwrite Publishing offers an alternative vehicle for up and coming authors, facilitating publication in both the digital and print formats.

After checking out their credentials and determining that this was indeed an attractive and genuine publishing house, Dean became very serious about the project. He stopped publishing it to the blog, much to the chagrin of his loyal following, and began constructing the manuscript proper. Dean stole moments of time whenever he could, working on the story on any medium he had available - his computer, Smart phone, pieces of paper, even shopping dockets.
Within a few short months the manuscript for the renamed "The Hambledown Dream" was completed and by the end of the year the edited work was submitted to Michelle Halket, ireadiwrite's creative director. Within a week, Dean received a notice of acceptance, confirming that his first novel - The Hambledown Dream - would be published by ireadiwrite Publishing. His dream had been realized.

Dean lives in Adelaide with his partner Emily, their two children Xavier and Lucy and Dean's cattle dog Simon. He is currently working on his second novel which carries the working title "Gifts Of The Peramangk".

The Hambledown Dream reviewed by "The Minding Spot"

Wendy over at "The Minding Spot" has just posted her review of "The Hambledown Dream" by Australian author Dean Mayes.

In thanks to Wendy for her efforts, Dean is giving one lucky reader the chance to win a digitally signed copy of the novel for their preferred device. All you have to do is drop by Wendy's site, post a comment and you will be in the running. Dean will…

Join Steve Drennon over at his site "Adventures In Writing" where he sits down to chat with Australian Author Dean Mayes (The Hambledown Dream) to discuss Dean's writing journey, his writing style and what it takes to produce an engaging reading experience.

You can find the interview here

Donna Pyle said…
Nice to connect with another author!

scribbler said…
Nice to meet you Dean. Welcome aboard. :) I hope you enjoy being amongst us and I’ll look forward to hearing more about your writing.

Kay Elizabeth said…
Hi Dean! Welcome to Authors.com. It’s great to meet you! I hope we’ll see you around the site often. :)

Dealing with The Demon

Polo For All: PW Talks with Kareem Rosser

In 'Ghostways,' A Trip To Two Well-Traveled Places Reminds Of Things That Are Lost

Chef David Chang On Depression, Being A Dad And The Burden Of 'Authenticity'

From Syria To America: A Teen Seeks A 'Safe Place' In The Universe

In “This Is Your Time,” Ruby Bridges Urges a New Generation to Keep Fighting

7 New Books to Watch For in December

‘The Last American Aristocrat: The Brilliant Life and Improbable Education of Henry Adams,’ by David S. Brown: An Excerpt

Three New Books That Stare Up at the Stars

The Brilliant, Bitter, Unlikable Scion of an American Political Dynasty