"Today and all days, may I achieve happiness through enfranchisement of a happy and healthy indwelling soul.

The unconditional love of spirit ignites an immutable sacred flame; an eternal covenant with bliss..." 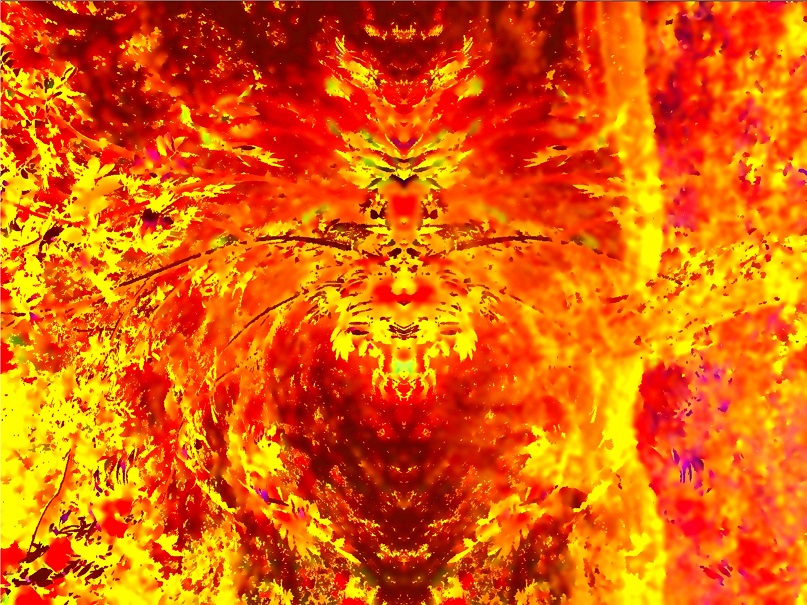 I have been composing my thoughts for celebrations of 100 years of women's voting rights, (UK, 2018).  Writing this blog coincides aptly with my Reiki Grand Master studies.  The course is exceptionally cathartic and explores the humbling notions of great freedom, peace, happiness and harmony as experienced by the enlightened Reiki Grand Master!

In searching for a fundamental level of gnosis, I have re-evoked the voice of Holocaust victim Anne Frank, a personal role model.  Through Anne I speak for disenfranchised women like myself who are disabled, or politically subjugated.

Ultimately, I am questioning whether the patronage of being granted the vote truly represents ultimate enfranchisement? Paramhansa Yogananda's work "Whispers from Eternity," is dedicated to the realisation of the emancipation of spirit. I have studied with Yogananda Institute and consider that his Self- Realisation Fellowship’s ongoing mission presents a worthy corollary to my reflections on Anne Frank’s life. 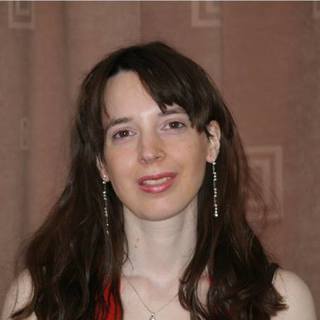 I will dedicate this post to a very special lady, whom has seemingly been forgotten by the media matrix in 2018.  For me, Anne Frank's World War Two
diaries of Jewish life in hiding symbolise the epitome of women's incarceration & suffrage.

I cannot imagine many popular magazines recounting her story, inter-relating key themes to women’s universal suffrage. In actuality, it is perhaps more astute to suggest that a common condition within the modern world is increasingly that of spiritual suffrage. We have few spiritual leaders, role models or heroines and exist in essence, alienated from the spirit of the natural world.

Anne Frank wished to become an orator- a writer and journalist.  Her diaries have touched the heart & soul of the world.  Yet- I am convinced that the 100th Anniversary of women's suffrage would have engaged her interest, given her Montessori educational background.

It is her divine will be a worthy contributor. 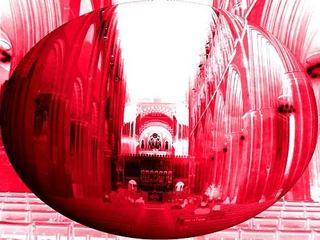 Anne Frank exists in a class of her own as an author.  Despite her own self critique, her words, insights, and ideals were articulated well ahead of her time.  The age of the internet would have surely seen her with several Wordpress and edu blogs!  Yet we are left with a strategic absence of voice.  Anne truly is Cosmopolitan and her resolute outlook oozes the ethos of 'mindful' positive psychology.  She did not have the opportunity of becoming a mother or adult.  If she had, it is plausible she would actually have protected her kin from the reality of her experiences, almost embarrassed at her own unparalleled suffering. Despite all cruelty she witnessed during her lifetime, she professed that she believed the essence of humanity was essentially 'good'.

Anne had a distinctive knowing, a clear prosaic and reflexive style of writing.  I cannot forget her contribution to women's suffrage.  It is impossible to know what her exact words in face of the present world would be- yet I am sure of one thing:  there trapped deep inside her solipsistic abyss was a frightened, betrayed child.

Let us enfranchise and connect with her egalitarian spirit one more time.

I do not think that Great happiness or freedom is initiated by our 'love your body' culture or a detox diet promoted through the media.  I believe that health and harmonic fulfillment is a process of being and existing.  I have immense gratitude and respect for those who have suffered to protect our own liberty. -  In the below passage, Stephanie Lynne creatively re-evokes Anne's frank inner voice reflecting on the role of women in the modern world.  The voice generated is that of Anne writing as an adult: -

women who need political sanctum, for those may be silenced due to illness, disability, for women living in fear between four walls.  You are not merely numbers- a 'politically correct' minority.  You are real.

A majority of us women ’disadvantaged’ or not, live our lives as wives, mothers, sisters, carers.  For us all; whilst the vote represents a token of liberty, I still question whether the patronage of enfranchisement is sufficient given the challenges of modern life…

I do not see my sisters often within the pages of glossy magazines= merely iconography. I see little representation of people or pertinent personal issues.

You may not think yourself not good enough, or worthy, you may feel embarrassed about your imperfections?  If you are not preoccupied with 'loving your body' or 'becoming the best you can be,' rest assured.  You are safe in spirit with me!

There is a dawning of a new age- the machine age.  You can connect.  We are now stronger, women can act in unity and reach out as wise 'Sufi sisters'.  Women may share knowledge and wisdom, thoughts, goals and ideas.  Let us form a new publication and call it simply:  'Liberty'!

No woman should be told how to live, what to think or who to strive to be. The media seeps into every area of life.  There are no windows to the soul on Instagram- but there lies potential.  Has nothing changed in 100 years? For the disadvantaged or disenfranchised maybe not- yet now there are new technological tools.

These tools offer humanity the power of interconnection...

Technology allows our words and thoughts to be known. Many voices, many minds.  Tell me your story:  I have told you of my own fate. We should not live with sorrow in our hearts.

Rejoice: Live your life and be proud of who you are!

Be your own idol- feel the joy/ pain, sunshine/ rain.  Together our words, the words
of women uniting from worlds apart form the bliss of sanctum. ☼

May our immortal whispers be recorded and live on into eternity."

After I initially 'channeled' the above passage, I turned to my copy of

Anne Frank's diary. In truth, I had not re-read this book since childhood.

My re-kindling of Anne's voice was innate.  The striking

similarities amidst the detail of Anne's own prose matched my word selection,

It is apparent that Anne had a sincere, classical penchant for the

Greek legends of Oedipus, Orpheus and Hercules that matches my thematic

preoccupation with Greek philosophy & mythology.  Her writing is self-willed and

uncluttered.  She appreciates honesty and vraisemblance : -

"Can you tell me why people go to such lengths to hide their real selves?  Or why I behave very differently when I'm in the company of others?  Why do people have so little trust in one another?"

-Being 'yourself' and taking pride in cultivating a morally virtuous social voice are values clearly dear to her heart.

In the entry placed just prior to 14th Aprit 1944, Anne reaches an epiphany, declaring,

"Young as I am, I face life with more courage and have a better and truer sense of justice.

I know what I want, I have a goal, I have opinions, a religion and love.  If only I can be myself, I'll be satisfied.

I know that I'm a women, a women with inner strength and a great deal of courage.

If God lets me live, I'll go out into the world, and work for mankind!" Closure...

I rest my case!  Clearly, re-engaging the voice and energetic spiritual legacy of Anne Frank in relation to women's suffrage is a worthy goal, shared perhaps, from Anne's 'higher-self', allied with her divine will.

-My choice of charity at the base of this blog feature complements Anne's concern for the fate and suffering of women in child birth and for the fate too of women who risk their own lives for the advancement of 'human kind'. 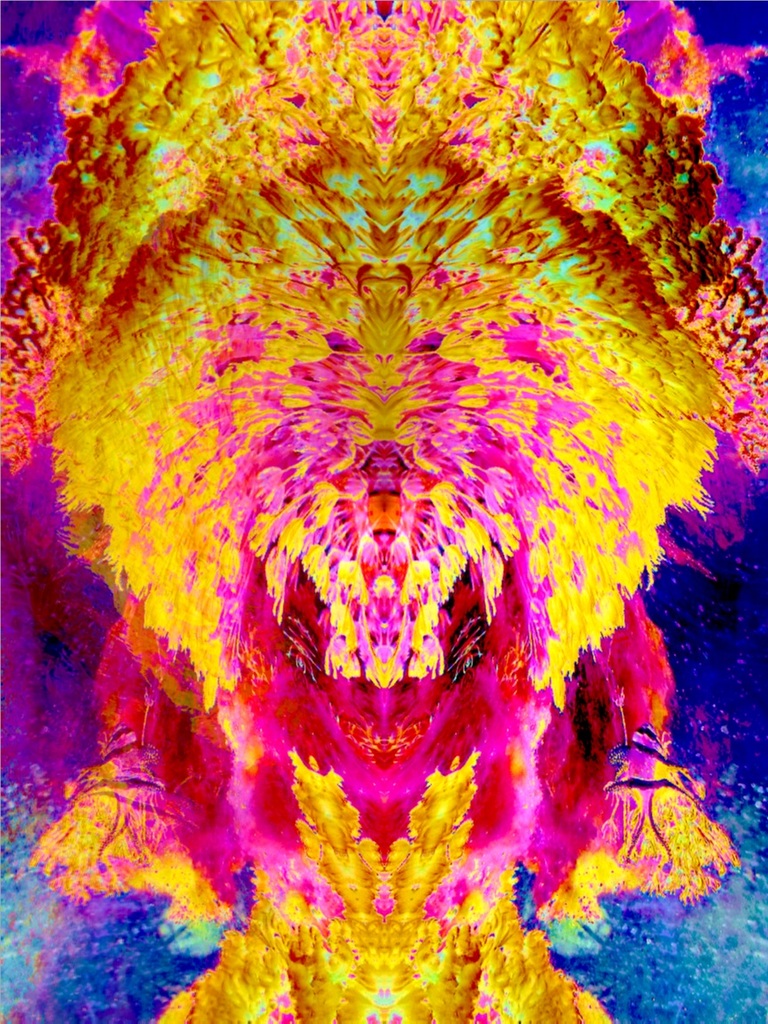 The title of this work reflects my dedication to the spiritual example set by Paramhansa Yogananda.

I would sincerely recommend reading his work 'Whispers from Eternity', themed upon connection between human conscious mind and divine spirit.  Yogananda’s life mission exists in unity with Anne Frank’s plight.

The word “Eternity,” as used by Yogananda, symbolizes God as manifested in nature and in the human soul, (Pantheism). ‘Whispers from Eternity’ is a formidable text that has been cultivated to show how practical inner communion can he established between eternity and the human mind, via divine connection.

Yogananda's teachings serves to unite all religions and faiths. His magnum opus work, 'Autobiography of a Yogi' was written and published during the era of the World War Two.  (1st Edition, 1946, Self-Realisation Fellowship).

Yogananda's perceived universal guiding truths of existence between all humanity, in relation to divine consciousness.  His Self-Realisation Fellowship was founded in 1920 from his conviction that lessening of suffrage, poverty and ignorance is possible via spiritual realisation. 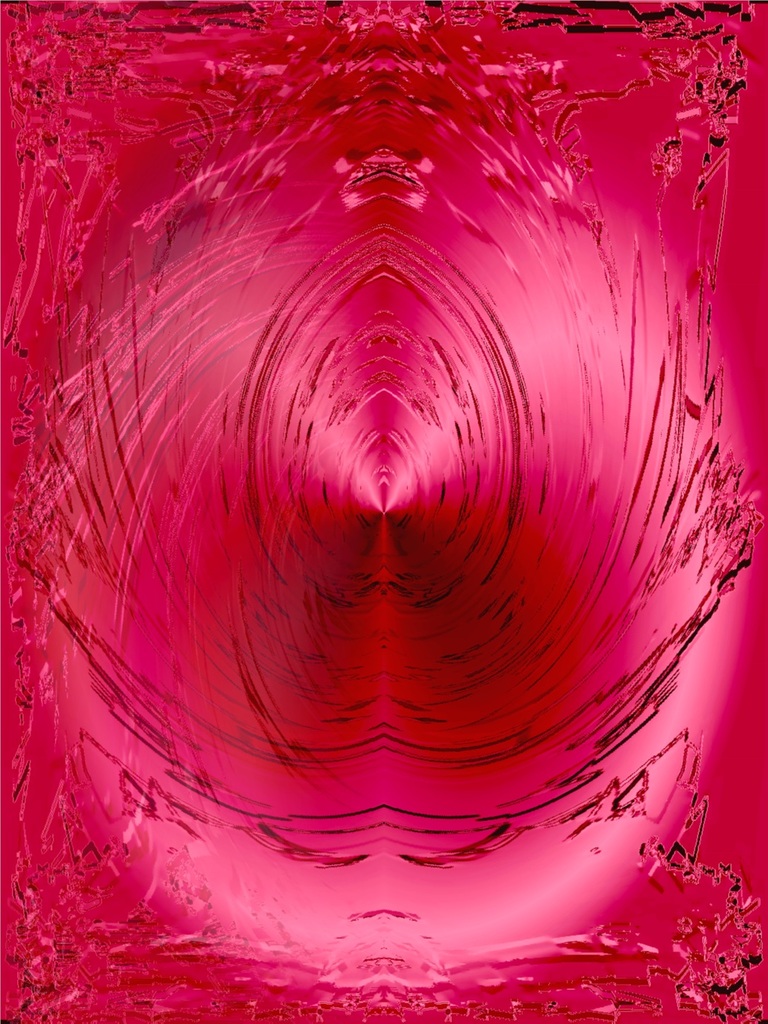 Paramhansa Yogananda's egalitarian beliefs were allied in spirit to the work of traditional Greek philosophers such as Plato and Aristotle.  Enfranchisement perceived through spiritual- realisation, is deeply rooted not only in living a morally virtuous 'good life',

but upon 'Eudaimonia'.  Eudaimonia relates to the possession of a good well nourished 'indwelling spirit'.

Eudaimonia is an objective state of being and not dependent on emotional change or subjective aspects of daily life.

-In many respects Anne Frank was living her life in a state of ‘Eudaimonia’ before the devastation of the Holocaust. Poverty, hunger, fear and the challenge of pending evil from the Nazi regime did not deter her spirit from attempting to flourish despite inconceivable opposition. Anne retained a high degree of 'joie de vivre', her spirit is immensely energetic.  I believe Anne’s vibrant, ambitious and articulate prose have served her well in connecting with the collective unconscious human mind.

Eudaimonia is a symbolic concept that deepens appreciation of the true nature of 'happiness' and liberty; Eudaimonia supports libertarian freedom achieved through unconditional love and the emancipation of soul.  This philosophy is not purely spiritual, but is existential, emphasising the role of humanity to behave in a courageous, wise manner, placing onus on fraternal values: -
https://positivepsychologyprogram.com/eudaimonia/

- Paramhansa Yogananda's mission lead to the establishment of small communities internationally, where sustainable, spiritual living is the primary goal.  Anne Frank's notion of the essential 'good' at times latent within humanity is truly nourished through exploration of the aims & goals of Self-Realisation Fellowship (SRF).  https://www.yogananda-srf.org/

Ananda Sangha worldwide offer egalitarian spiritual education, cultivating the teachings of Yogananda internationally. It is through the work of organisations such as SRF and Ananda, that spirituality education may truly flourish and gain a political voice.  See:  http://ananda.org

*I also believe that the establishment of a women’s journalism award inspired by Anne Frank would be a positive initiative.  The award could be offered to emerging women writers for contribution to political journalism.  Equally, those authors who specialise in humanitarian education or spiritual healing should certainly be considered.  http://www.annefrank.org/en/Anne-Frank/ 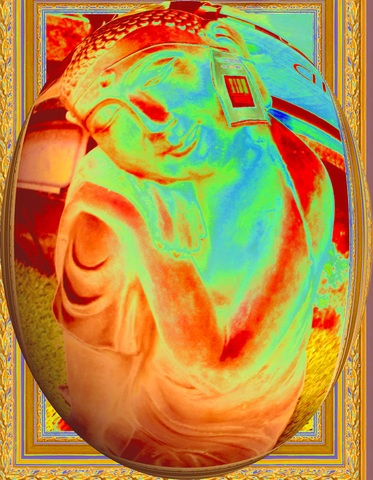 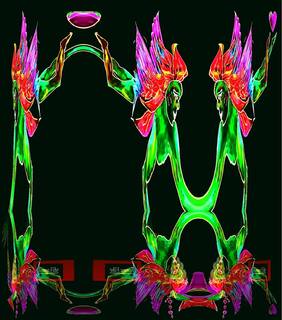 From Freddie Gray To George Floyd: Wes Moore Says It's Time To 'Change The Systems'