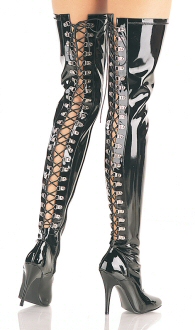 Serena Shay has not received any gifts yet

Conleth “Cole” Douglas and Emterra “Irene” Azzurra need a miracle. A destructive force has taken hold of their town and it will take a special magic to eradicate the Evil. Can these lovers come together and keep the town from being swallowed into the deepest realms of hell?

Conleth “Cole” Douglas, warlock and vessel, needs a miracle.  A destructive force has taken hold of his town and it will take more than just he and his magical Other, Cole, to eradicate the Evil.  When an attempt to open his lover, Emterra, to their shared destiny fails, Conleth and Cole take extreme measures to stop the rising darkness.  Their only option: take it, and themselves, into another realm.

Emterra “Irene” Azzurra, untapped witch and vessel, has given up on finding her own happy-ever-after.  Devastated by the loss of her one and only love she becomes disinterested and remote, closed off from a life without Conleth.  Even her job as the mayor of the dying town of Douglasville, MO, fails to sustain her, until she gets a blast from the past…

He’s back, alive and whole, but he didn’t come alone.  The evil they’d hoped to contain in a distant realm has returned with him and is out to finish the job it started. There can be no failure this time, the now middle-aged, Emterra must accept her Other or doom the town to an agonizing death.

Skeptical of his sudden homecoming, Emterra is afraid to hope that his return could be true.  She balks at the idea of opening her heart to him again.  Especially when he looks like the same young Goth from ten years ago and tries to convince her she’s sharing skin with a magical being.

Can Conleth prove his claims of magic and the Others to be true?  Can Emterra allow herself to believe in love and his wild claims?  Or will the returning Evil finally swallow this town and all its inhabitants into the deepest realms of hell.

Welcome!  This e-community is an awesome place 2 be 4 support & great info!!

Keep in the loop & benefit from everything in our place.

scribbler said…
Nice to meet you Serena. :) Welcome aboard. I’ll look forward to getting to know you better.

Kay Elizabeth said…
Hi Serena! Great to have you here and a warm welcome to Authors.com. :) We’d love it if you could drop by this thread and tell us please how you came across us. Just a few days to launch date for you then! How exciting. :) Good luck!

Q & A with Lora Senf

Murder in the Heartland: PW Talks with John Galligan

From Shelf to Shining Shelf

8 books to enjoy at the beach this summer

'Tahrir's Youth' follows the trajectories of some young revolutionaries in Egypt

Travel the world without leaving your home with these 10 books

Real life or satire? Novelist Mat Johnson says it can be hard to tell the difference

New Novels That Weave Past and Present

Review: ‘Night of the Living Rez,’ by Morgan Talty

Review: “Mordechai Anielewicz: No to Despair” by Rachel Hausfater

Leila Mottley Graduated From High School and Wrote a Novel

The Best Books to Take You Through Lisbon, Portugal

Book Review: Ways of Being by James Bridle

Sensing the World Anew Through Other Species