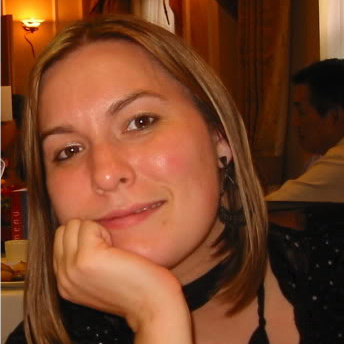 Sadie S. Forsythe has not received any gifts yet

Sadie Forsythe hails from the South Eastern United States, lives in North Western England, and is a fan of all things Japanese. She holds degrees in Anthropology/Comparative Religion, International Criminology, and Social Change (well, this one she is still working one). She loves local coffee shops, geek culture, everything bookish, & tea (steaming with milk & sweet iced). She is married with two daughters and an imaginary dog.

Sadie, top of the universe to you,  and welcome to authors.com  …from The Chuck!
I write sci-fi novels filled with adventure, mystery, romance, drama, horror, and plenty of comedy… Sci-fi for every adult human to enjoy. I'm also a well-known published poet. When you have a few free moments, please check out my Authors page and a few of my videos and blogs I have recently added. Many of my blogs consist of free to read enjoyable sci-fi stories that I plan to edit and unite these twenty-two stories within an  eBook titled: 'Epic Marvels'. One of my newest sci-fi novels is titled: 'They!', which is somewhat related to the 1954 sci-fi classic movie, 'Them!' I'm currently working on a sci-fi mystery titled: 'The Mysteries of Fuller Park'.  A fun story based on the ghostly satanic urban legends of Fuller Park, Athens, Texas.

Thx for adding me! I look forward to networking and spreading creativity!

Q & A with Christina Soontornvat

A Writer Lost His Singing Voice, Then Discovered The 'Gymnastics' Of Speech

Book Review: ‘We Need to Hang Out,’ by Billy Baker

‘Let the Lord Sort Them: The Rise and Fall of the Death Penalty,’ by Maurice Chammah: An Excerpt

Joan Didion Revisits the Past Once More

Does It Make Sense to Call Anyone ‘Normal’?

What Really Happens Inside a Crime Lab?

P.O.V.: You’re Geppetto, Missing Your Wooden Son From Inside the Belly of a Fish

Book Review: ‘Let the Lord Sort Them,’ by Maurice Chammah

‘No Heaven for Good Boys,’ by Keisha Bush: An Excerpt

Did an Alien Life-Form Do a Drive-By of Our Solar System in 2017?