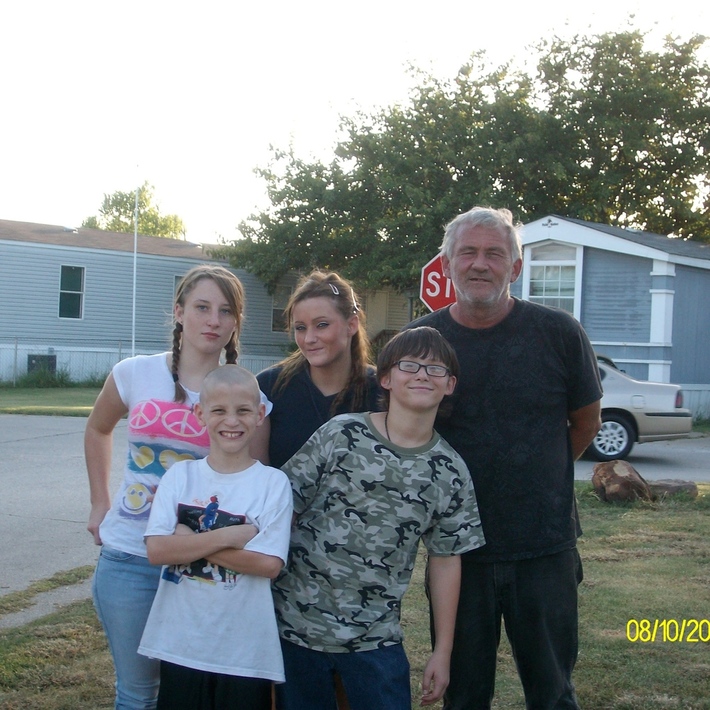 Paul Karl Hoiland has not received any gifts yet

Some of my works and background

Author of five books on Amazon.com dealing with everything from UFO's, to Warp Drive and Hyperdrive Research, to The Council on Foreign Relations, to mine and five friends run in back in the 80's with the Military's Remote Viewing Project and the negative effects of that with a supplement on RV on Kindle called Incident at Chanute supplement on Remote Viewing.

Background in Electrical Engineering and Physics.  Worked with ESAA an outside group who did our own BPP work back in the haydays of NASA's BPP Program.  Author of over 36 eprints on subjects ranging from Warp Drive and Hyperdrive to Cosmology, to one article titled From Reptiles to ET that appeared back in 03 in the Queensland Observer.  Once referenced in New Scientists Publication along with Lee Smolin as two who where challenging the Establishment.

The Picture is of four of my children, Stephanie, Dianna, James, and Teddy taken in Dallas several years ago.  I have a total of 8 children ranging from late 20's on down to Teddy.  My Daughter Stephanie in the picture is now a Mother herself with my Granson.  She is studying Nursing.  James wants to go in the Military to serve his country.  Dianna is planning on attending the Art Institute.  Teddy, even though not through school yet just finished a program at a local college in Dallas and is smart as a whip.  My Son Steven is in the IT field.  My oldest Daughter, Christiana, who had CP at birth and was adopted many years ago graduated HS, attended some College, and now helps other CP children.

Paul, top of the milky way to you, and welcome to authors.com …from The Chuck-Master of Science Fiction Fantasy, romance, and mind curdling horror…

I write sci-fi fantasy novels filled with adventure, mystery, romance, drama, horror, and plenty of comedy… It's sci-fi for every adult human to enjoy. I'm also a well-known published poet. When you have a few free moments to spare, please check out my Authors page and a few of my videos and blogs. Many of my blogs consist of free to read enjoyable sci-fi stories that I reedited and united these twenty-two stories within an eBook titled: 'Epic Marvels'. One of my recent sci-fi novels is titled: 'They!' …which is somewhat related to the 1954 sci-fi classic movie, 'Them!'. …It's gaining worldwide popularity. I've just completed my next sci-fi mystery, titled: 'The Mysteries of Fuller Park'. A fun fiction story based on the eerie satanic urban legends of Fuller Park, within Athens, Texas, or it could be any small city in the world. My next novel is titled: 'It's Not A Lovable Pet Story!' LOL... It sure isn't another lovable pet story. Its Sci-fi fantasy horror at its best for delighting my many reading fans. Also, check out my famed 'Apollo Trilogy Novels'™… Thanks…

Daniel Lejtman said…
Greetings Mr. Hoiland,
My name is Daniel Lejtman I'm an 11th grade student from Westhill Institute, Mexico City, Mex.  I'm well aware of your paper of the warp drive positive energy solution, which I am interested, I am making a book as well as an extended essay based on that same paper. When i was studying in Connecticut i was reading many papers and books by Michio Kaku, Stephen Hawking, Albert Einstein and even Miguel Alcubierre's famous warp metric. I was confused and even metacognitive about their solutions for years, but now that i found a paper with such simplicity that i was inspired to start over, and reset my research, so i wish that we could be in contact one day to actually present the extended essay (International Baccalaurate Diploma Program Extended Essay).
I am looking forward for your reply,
Daniel Lejtman

'The Thirty Names of Night': A Story Of Self-Discovery And Self-Acceptance