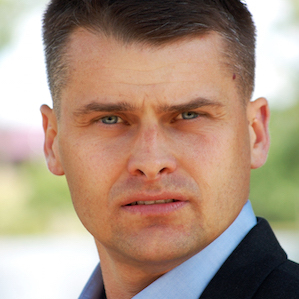 Jason Ladd has not received any gifts yet

One of the Few

"I highly recommend it."

◊ Build confidence to share your faith with others

◊ Learn how a secular worldview affects the way you think, believe, and behave

◊ Use fighter pilot fundamentals to prepare for your most important mission: the search for truth

“A fascinating glimpse into the world of a Marine fighter pilot.”

"Unsatisfied with his secular worldview Jason B. Ladd shares the struggles he faced during his search for truth and a reasonable defense of the Christian faith.

His mission began with a realization: though ready to defend his country, he was unprepared for his most important missions as a husband and father. Drawing from his military experience, Ladd warns seekers about spiritual apathy and teaches Christians tactics for withstanding spiritual attacks.Birthed from a legacy of service, One of the Few speaks from the spirit of a man reborn—with the soul of a Marine, the mind of a fighter, the heart of a father, and a commitment to the Son. Join him as he uses fighter pilot fundamentals to embark on the greatest mission of all: the pursuit of truth."

“Recommended for those seeking truth and those who need encouragement in their Christian faith.”

— Michael Licona, author of The Resurrection of Jesus: A New Historiographical Approach

Jason B. Ladd is an author, Marine, and Iraq War veteran. He has flown as an instructor pilot in both the F/A-18 and the F-16. He and his wife, Karry, are the parents of five children.

ll you be the next?

A woman in England has finally returned an overdue library book

Salman Rushdie's 'Victory City' is a triumph, independent of the Chautauqua attack

'Brutes' captures the simultaneous impatience and mercurial swings of girlhood

Book Review: ‘Oscar Hammerstein II and the Invention of the Musical,’ by Laurie Winer

Book Review: ‘Culture: The Story of Us, From Cave Art to K-Pop,’ by Martin Puchner