Whom Do You Love 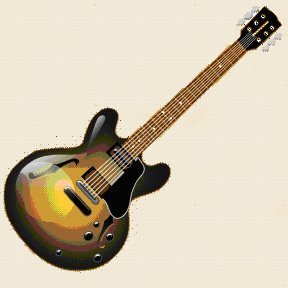 When I was in college, I worked behind the front desk of a major hotel. Directly across the lobby was the hotel bar, a small, dark lounge with the bar counter on the opposite side and a stage at one end. George Thorogood, when he stayed at the hotel, would sit at the far end of the counter, next to the stage.

Connie, the bartender, once told me that her job was to keep people away from George, but I never once saw her have to do this. George Thorogood would nurse his drink in silence. That’s when I started listening to his music and became a fan.

Many people are confused by “whom.” What does “whom” mean? When do you use “whom”? These are easy questions to answer if you know about objects and object pronouns.

An object in a sentence is either (1) the referent for a preposition or (2) the recipient of an action. Let’s look at these in order.

Recipient of an action: Many actions are performed on something else. We call these verbs “transitive verbs” (e.g., “read,” “drive,” “eat,” “deliver”). Say the verb and then ask “what?” The answer will be the direct object of the verb. This direct object will be the recipient of the action, the thing being acted on. Let’s try a few.

Whom Do You Love?

With an understanding of objects and the list of object pronouns, we can, finally, understand why “Who Do You Love?” should be “Whom do you love?” Let’s see what “Who” is doing in this sentence.

The verb here is “love,” or, more completely, “do love.” This is an action being done to something else. It is being used as a transitive verb, so it needs an object. In short, the action of loving is being done to “who,” and that’s the grammatical problem. “Who” is not an object pronoun!

Yes, using “whom” sounds funny in this song title, but it is correct. I’ll give Thorogood a pass on this error, though. If, as the lyrics say, he has a cobra necktie and a chimney made from a human skull, using perfectly grammatical language may be, well, out of character. And it’s still a really great song.

Wow! I really enjoyed this. I need to go over it a couple more times to cement the lesson, but I'll make sure I do.

I really enjoyed this. Enjoyed what? This. "This" is the direct object of the verb (enjoyed).

...cement the lesson. Cement what? The lesson. "Lesson" is the direct object of the verb (cement).

Question: Can a verb consist of two words?

I don't feel totally confident I got that right.

I'm pleased that you found this useful! This is one of those topics that English teachers tend to make too complicated, so it's no wonder so many people get confused.

Correct: I really enjoyed this. Enjoyed what? This. "This" is the direct object of the verb (enjoyed).

Correct: ...cement the lesson. Cement what? The lesson. "Lesson" is the direct object of the verb (cement).

Correct: but I'll make sure I do. Do what? Make sure. I (or 'I do') is the object of the verb (make sure). // Here, "I do" is actually the short form of "that I do." The word "that" turns the following phrase into a noun phrase so it can be used as the object.

Once you have the concepts of objects nailed down, you'll never again mistake "who" and "whom"!

I appreciate the help. Now that you mention it, I do have a tendency to leave out "that" on occasion. In this case would the word "that" be considered a pro-noun?

"That" can be left out in many cases without damaging clarity. My recommendation is to leave it out if you're sure the reader will understand the message.

I'm not sure what you mean by "pro-noun," but what "that" often does is transform a phrase into a single noun so it can be used as an object, as in your example above.

In the sentence above:

"I need to go over it a couple more times to cement the lesson, but I'll make sure I do."

I think I made a mistake in my example:

Actually, the answer to the question "Do what?" in this case is not "make sure", isn't the correct answer "go over it", since that is the noun or object being referenced at the beginning of the sentence?

Sorry if I seem slow, but I'd really like to be able to take apart or construct a sentence and know exactly what the pieces are.

Crap, did I just end a sentence with a preposition? You may have your work cut out for you with me, my friend.

and the full object, with all the implied words in place is... "that I do go over it a couple more times to cement the lesson."

Elliptical sentences (sentences with implied words left out) can be tricky. When you parse the sentence, add the punctuation, etc., you need to consider ALL the words of the sentence, even if they are implied.

And, no, you didn't end with a preposition. "Are" is a verb.

Well, you can see I need some help when it comes to this. Can you do me a favor, and deconstruct a sentence for me. I'm trying to figure out "affect" and "effect".

The way he made his exit had a profound "affect or effect" on me.

I'm going to take a shot:

Boy, I'm certain on about half of that result. Please don't beat me up too badly.