Thompson On...Scene Construction: The Difference Maker in a Successful Novel! 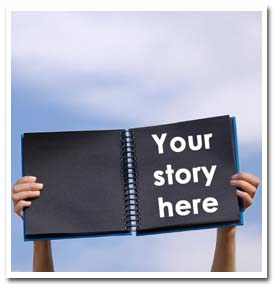 Novels are driven by incredible scene construction!
How a writer handles scenes will make a difference between a manuscript that sells, and one that ends up in the slush pile or the author receiving a rejection letter via email or in the mail.
A scene is a unit of drama in a novel.
The concept of a scene in fiction comes from theater, where it describes the action that takes place in a single setting.
The scene as we know it in modern genre fiction is heavily influenced by Hollywood.     Life in the 21st century genre novel is a series of quick, dramatic flashes.
When you flesh out a scene, you must either create a show scene or a tell scene to advance your storyline. This will affect your pacing. You can speed up with tell scenes and slow down with show scenes.
When I was writing A Brownstone in Brooklyn, there was a big show scene-sequence in the afternoon, with the evening uneventful and nothing happening---a prelude—to the riots in Brooklyn that rocked the borough.
The next day the riots started!
How I handled this sequence was to create tremendous show scenes for the day before the riots, then tell scenes in the evening, but the next day I was creating show scenes with specific sensory details.
Now, the reader was in the moment and experiences the riots as the flames ate away at the buildings on Nostrand Avenue in Bedford-Stuyvesant. They smelled the acrid smoke and saw the building crumble.
If I had created show scenes for the evening before the riot, then I would be overwriting and slowed the novel down and the pacing would have been off mark.
When you create scenes with great show/don’t tell scenes you want to do six things:
A. Possible Scene Format:
a. Scene One: Show Scene
b. Scene Two: Transition/Tell Scene
c. Scene Three: Show Scene
B. A scene has the following three-part pattern: Goal, Conflict and Disaster.
Goal: Your goal is to convincingly show your POV (Point OF View) Character experiencing the scene. (For Example, in the novel To Kill A Mockingbird, you are standing next to Atticus Finch as Tom Ewell spits in his face. You experience the spit dripping down Finch’s face)
As you construct scenes, you must do this so powerfully that your reader experiences the scene as if he/she were the POV Character. Your reader will identify with the character.
Conflict: is the obstacles your POV character faces on the way to reaching his goal.
Disaster: is a failure to let your POV character reach his goal. Don’t give him the goal without any conflict. Do Not Make It Easy!
C. A scene has three other important elements.
External Motivation: The objective can be in this paragraph. It does not need to be complicated.
Internal Motivation: Internal scream: Present it exactly as your POV character experiences it. This is your chance to make your reader be your POV character. (The character must have either an external or internal motivation---the reader must know why a character reacted a certain way.)
Reflex Reaction: It’s instinctive. You will react rationally: to act, to think, to speak. You must present the full complexity of your character’s reactions in this order.
For Example
EM: The man in black sprinted toward John flashing a switchblade.
IR: John turned and a bolt of raw adrenalin shot through his veins.
RR: John pulled a gun out of his shoulder holster, sighted on the man’s chest, and squeezed the trigger, “You’re dead!”
Key: You can’t afford to write one scene, but you must write another scene, and another and another, etc. You will probably have to create hundreds of scenes before your book is complete.
(As a quick creative writing exercise--continue this scene)
AM (Another Motivation):
IR:
RR:
I’m very interested in reading your continuation of this scene. What is John’s next experience? Be specific---the reader must experience and become part of the John’s reaction as he faces a man lunging at him with a switchblade!
Please leave a comment and visit my website for more helpful hints!

Let There Be Light: PW Talks with Ritchie Robertson

'Knockout': A Memoir About A Journey From Self-Hate To Self-Love

'Why We Act': What Makes People Decide To Speak Up Or Stay Silent

'Dark Archives' Explores The Use Of Human Skin In Bookbinding

Novelist Sigrid Nunez On Climate Change, Mortality And Life In A Pandemic

Book Review: ‘A World Beneath the Sands,’ by Toby Wilkinson

‘I Came From Nothing’: An Undocumented Writer Defies the Odds

In Don DeLillo’s New Novel, Technology Is Dead. Civilization Might Be, Too.

The Pious French Poet Who Palled Around With Picasso and Apollinaire