The Bad Commas of Eats, Shoots and Leaves 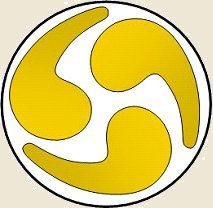 Before I write anything else, let me state that I like Lynn Truss’s book Eats, Shoots and Leaves. It is funny, and it has a few good pointers on punctuation. However, she follows the “do as I say, not as I do” school of grammar instruction.

If you read Eats, Shoots and Leaves for the rules and guidelines she espouses, you’ll do fine. However, if you read it to immerse yourself in clear, consistent, and accurate writing that exemplifies good punctuation use, you may be confused.

We can find many cases of inconsistent usage, such as Truss’s use of a comma when she starts sentences with nowadays, as follows:

Nowadays, the convention for starting a new sentence with a capital letter…. (p. 23)

Nowadays the fashion is against grammatical fussiness. (p. 95)

In Truss’s defense, she has many sentences that start with meanwhile, and in every case I found, they are followed by a comma. For example, she writes, “Meanwhile, the full stop is surely the simplest mark to understand….” (p. 23)

But this article is not about inconsistency in punctuation. Rather, it is about following the rules you espouse. Here’s my theory: if you say that something is a rule that must be followed, follow it.

Truss correctly points out the error of comma splices on pages 87 and 88. A comma splice is created when two complete sentences (a.k.a. independent clauses) are joined by only a comma–no conjunction, just the comma.

For example, this sentence from page 28 has a comma splice:

Sticklers unite, you have nothing to lose but your sense of proportion, and arguably you didn’t have a lot of that to begin with.

Like me, Truss espouses the rule of using a conjunction with a comma to join sentences, following Zen Comma Rule D: Put a comma before a coordinating conjunction that joins two independent clauses.

Who Is to Blame for Comma Errors?

Do I blame Lynn Truss for these errors and inconsistencies? Not really. Sure, she has the final responsibility for what goes in her book. Any writer has the responsibility to make sure a book is well edited. Still, I can’t give her all the blame. I mainly blame her editor.

Editing and proofreading your own text is very, very difficult. But that’s what editors are for—to make sure the writer’s text is correct, consistent, and clear. Smart writers have editors. Truss is pretty smart, so I assume her book was edited by another person. If this is the case, her editor failed.

Shame, shame on the editor of Eats, Shoots and Leaves.