*   The articles are illustrated with some personal photos taken between 2010- 2012 at snooker legends events in Broxbourne and Radlett, Herts.  (Photo credits to:  Derry and Linda Thorburn.)  Features originally published via PR-Inside.com sports.

2010-08-11 12:40:24.  Alex Higgins death last month without a doubt represented the departure of an iconoclastic founding father of modern professional snooker. Alex was a sporting icon and inspiration or many subsequent generations of competitive top-ranking  players- his speed and creative dexterity in approaching the game has often been emulated, but seldom bettered in a holistic sense. Alex Higgins characterised a halcyon era of snooker, when players excelled in demonstrating strong traits  with respect to both their personality and style of play. Perhaps the only consistent aspect of Higgins’ persona was his unerring ability on the green baize, coupled with his obstinacy to both live and die in such a manner as to constantly evoke challenging questions and mercurial responses from his peers and the media alike. Since his unfortunate death on 24th July 2010 aged 61, Alex has been subject to  somewhat mixed public appraisals from the media at large. For his inner circle of friends and peers, the circumstances of  his final years and the negative outcome of his battle from the medical complications subsequent to cancer, can however be interpreted as nothing less than tragic.
Alex’s career highlights are impressive despite the  disability he incurred via an innately addictive personality that could have inhibited his potential. His skill and tenacity remained resolute nevertheless and he won the World Championship on two occasions in 1972, when he beat John Spencer in the final having just turned pro and once again in  1982 against Ray Reardon. One of the most rewarding moments in the career of fellow snooker legend Jimmy White must have been  realised when he shared the World Doubles crown with Alex in 1984- some consolation also for Jimmy as he has narrowly missed on realising the World title himself on a number of occasions.
Controversy was never far away, with Alex Higgins establishing some significant rivalries during the course of his career with fellow professionals including Cliff Thorburn, who beat Higgins in the 1980 World Championship finals. There was a much reported episode at the World Team Cup in 1990 and in 1986 at the UK Championship Higgins actually head- butted an official. Nonetheless, Alex Higgins’ success invariably spoke more accurately of his fighting spirit than his shortcomings. Sadly, Alex’s long term battle with alcohol and cigarettes worsened his suffering, although he was active until the spring of 2010, taking part in a  nostalgic reunion of the snooker ‘legends’ at the Crucible in April 2010. A host of his friends and colleagues from the recent legends tour paid tribute to the charismatic genius of Higgins at a last farewell funeral to the ‘people’s champion’ in his hometown of Belfast. Alex exceeded his role and status as simply a sportsman or ‘showman’ of the game of snooker; rather he confounded expectations, existing standards and conventional techniques in the sport from the inception of his career. An apt description of Alex Higgins is that of an inspirational celebrity and irrespective of individual responses to his controversial, unprecedented genius, what remains is his legacy in modernising snooker by engaging the public with the sport. Alex’s extraordinary life-force and spirit will definitely be conspicuous in its absence- he leaves behind his children Lauren, 29 and Jordan, 26.
Alex Higgins’ autobiography was published in 2007 and documents the ups and downs of his life, loves, career triumphs and somewhat turbulent personal life: - ‘Alex Higgins: From The Eye Of The Hurricane- My Story Headline  Publishing, 2007. Also available- ‘Eye Of The Hurricane’ John Hennessey, Mainstream, 2000.
-- Feature Resume: Stephanie Lynne Thorburn.
Editor- ‘Nuance’ webzine.
http://www.nuancewebzine.webs.com/
-- Previously, from ‘Nuance ‘The Legends Of Snooker Reignite' - Snooker legends at The Crucible, April 2010.
http://www.pr-inside.com/the-legends-of-snooker-reignite-feature-r1...
============================================================

2012-11-07 13:32:22 - The inaugural 'Legends Cup' in 2012 has set a precedent as a nostalgic season highlight for snooker connoisseurs. Although the snooker legends circuit is still a relatively new concept, having only been established the past few seasons, the events have already earned an esteemed reputation. 'Snooker Legends' was conceived by director Jason Francis and features legends and ambassadors of the game including Jimmy White, Cliff Thorburn, Ronnie O'Sullivan, Steve Davis, Stephen Hendry, Tony Knowles and Dennis Taylor. Our compere and rhetorical host is John Virgo, who integrates some delightful trick shots and repartee, with a degree of expert commentary. The legends official event referee is Michaela Tabb: a dedicated and remarkably industrious lady ambassador, who completes the distinguished family of sporting personalities and friends. The one family member no longer present in person is of course Alex Higgins, whose spirit and profound influence on the game is still foremost in the minds of his colleagues and fans, especially at the annual legends evening at the Crucible, Sheffield.
Snooker Legends- A Renaissance of Organic Talent and Spontaneity.
The reunion of the snooker legends as a collective is a real treat for all those who have watched the evolution of snooker unfold. The culmulative titles and accolades accrued by the participants of the snooker legends circuit make for some quite startling facts and figures. For example Jimmy White MBE, is former Masters Champion, World Seniors champion 2010 and has shared the World Doubles crown with Alex Higgins. Ronnie O'Sullivan, also the world's most popular snooker player, has won 4 World titles and 4 Masters titles; Stephen Hendry MBE has been crowned World Champion no less than 7 times and Cliff Thorburn CM was the first overseas winner of the World   Championship title in 1980. These facts make for axiomatically impressive reading. It is though the humility, humour and human qualities of all these players that endear the public to attend the legends events each season. In an era dominated by computers, telecommunications and technology, it is a delight to see families representing many generations sharing a memorable night out in a truly organic social environment, where talent and spontaneity are highly valued.
During my teenage years, I was certainly enamoured with the game of snooker. Each summer season, there was an unfortunate co-incidence between the media coverage of the World Snooker Championship in May and the beginning of the academic exam period. Over time, academic achievements provide a firm foundation, although I would consider that my interest in snooker has maturated equally well. I could not have envisaged that quite a few years on, I would be watching the founding fathers of modern snooker still diligently alert and duelling on snooker baize throughout the United Kingdom, from the Sheffield Crucible, to Hertfordshire. I have enjoyed some wonderful annual entertainment at legends matches in Broxbourne Herts. and this year in Radlett, I attended the Jimmy White 'v' Stephen Hendry night. There are already some projective matches organised for 2013 in the snooker legends diary, including the 'Legends Cup' next May, coupled with some wonderful memorabilia box set DVDs that may well provide some welcome stocking fillers this Xmas. Undoubtedly, the definite highlight of 2012 was the remarkable Grosvenor House testimonial for Jimmy White in June. Jason Francis and Barry Hearn excelled themselves by taking their part in initiating a seminal testimonial for the whirlwind to celebrate Jimmy's esteemed thirty years in snooker. The afternoon entertainment featured a challenge match between Jimmy and Ronnie O'Sullivan and the evening culminated in music from Ronnie Wood and friends. A marvellous accolade; I wish I had been there!
May the legends tour go from strength to strength... I hope too that there will be a few more nostalgic fixtures in London town for those dedicated to the game in the capital in future, together with more live streams of matches to capture the magic of the moment first hand. This would be a heart warming method of returning debonair characters from the heyday of snooker such as Kirk Stevens, back into their rightful place in the living rooms of snooker lovers.
To stay in touch with the Snooker Legends circuit, see the legends homepage:
www.snookerlegends.co.uk
For some photographic exemplars of my experiences at legends matches & social events, see my photo gallery: (Photo credits- Derry and Linda Thorburn.)
stephaniethorburn.webs.com/apps/photos/photo?photoid=83713380
------------------------------------------------------
More by author Stephanie Lynne Thorburn-
See American Chronicle author's page:  www.americanchronicle.com/authors/view/2968
For a selection of succinct titles see True Fire, Stephanie Thorburn:
truefire.com/list.html?store=original_music&viewauthor=4169&amp...
Homepage:  http://www.stephaniethorburn.webs.com
==============================================================================
Image Gallery of the Snooker Legends. 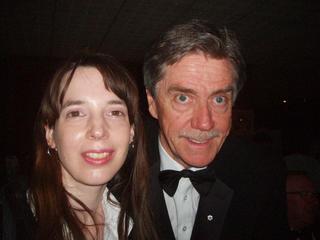 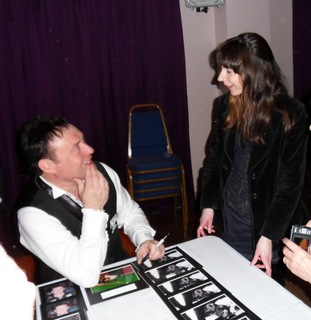 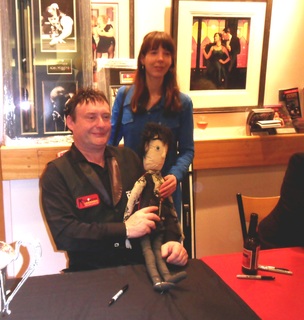 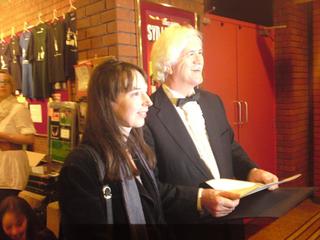