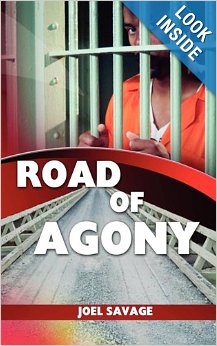 Babatunde is a young man, whose harsh experience after his father’s untimely death still haunts him. Exposed to the world at a very tender age, he meets unpleasant situations, untold hardships, physical and mental suffering, coupled with frustration, which could have led him to his grave, but he survives every ordeal.

“Road of Agony” is a marvel of the humane, sorrowful, and lucid account, in a sharper, clearer image and understanding, of how corruption is within the police, border control officers, and the army in Africa. The writer has given the truest account of what happened to him, written in a startling manner as an African writer.