Hi to all members of Authors.com,

As a new member I just wanted to share a little information about my debut novel "Reflection Of Evil". It has been an amazing journey and a life changing experience. My inspiration to write came during a very dark period in my life. Crippled by debilitating migrains I resided in a world of physical, mental and emotional pain. Found myself unable to maintain employment and became incapable of communicating with those I loved. Hospitilised for weeks on end I endured countless medical procedures, lumbar punctures, spinal nerve blocks and prescribed numerous mind numbing medications. I withdrew from everything around me. After 2 years living in this "hell!!" I considered taking my life to end the suffering. The only thing which held me back was the awareness of consequences of this act. The emotional pain and distress it would bring to my family and friends. The same night I recognised this, chose to remain in the darkness I had a vision. A book of empty pages opened up before me. Suddenly a storyline began to form, characters manifested and the pages became filled with words. The next morning I started writing. Over the ensuing months as each chapter revealed itself my health improved. On completion of my novel I found my wellbeing fully restored. On reflection I believe it was "destiny". Call it devine intervention, a brutal awakening to the fact I wasn't following my true path......and now I am. My intention through the written word was to unite the definitive world of forensic science with the unforeseen essence of the spiritual realm, unknowingness of the afterlife.

There is so much more I would like to share. If you would like to read and/or review my novel please let me know and I can forward a copy to you. Anyone is interested in corresponding with me I can be contacted through my email address bp0211@optusnet.com.au, via facebook or twitter.

I look forward to hearing from you. 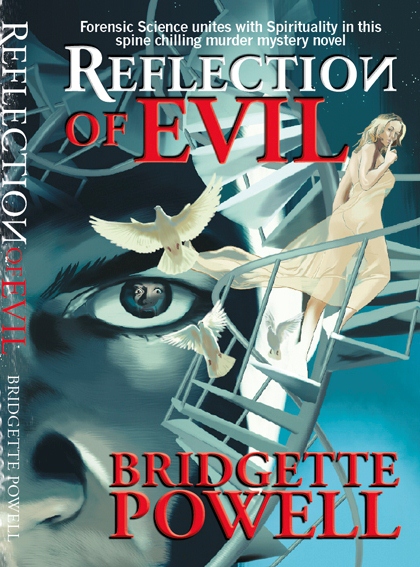 Paul Marriott was twelve years old when he witnessed the death of his father. This experience awakened a dark, malevolence which resided in his inner sanctum, an evilness that in coming years would be unleashed through the murder of innocent women. He believed his scheme was one of pure brilliance. By enticing his chosen victims to divulge their greatest fears he’d create a way to manifest them into a reality. No one would question lives taken through seemingly accidental events. But he hadn’t countered on the scientific expertise and supernatural insight of Chief Pathologist, Dr Tahilia Baxter or the investigative prowess of Detective Brodie Halligan.

Set in Perth, Western Australia the psychological background of a serial killer unfolds. Interweaving with the distinctive roles of Pathologists, Criminologists, Police Officers and engaging in the victim’s journey into the afterlife brings together the rational world of science and the enigmatic forces of the spiritual domain. This spine-tingling murder mystery captures the intrinsic nature of forensics, takes you into the sinister realm of a killers mind and transforms you into another dimension. May the words instil an understanding of forensic science and evoke an awareness of spirit which allows you to question your own beliefs…the unique connection between life and death.

With a gentle tug, the silk scarf covering her eyes fell away. Her beaming smile froze clown like as she took in his malevolent expression. Then she heard the humming emanating from the box at his feet. Innate fear paralysed her senses as she watched him reach down and unhinge the catch, releasing the myriad of frenzied and buzzing insects from captivity. The swarming mass burst forth in a dense, pulsating cloud.
Trapped at the rear of the small, confined space she went to take a step back only to come up against the hard wooden bench. Tiny pebbles rolled underfoot and she stumbled. Unable to regain her balance she fell with a thud to the ground.
The droning throng descended, obscuring her in its dark shroud. Tiny razor sharp pricks pierced the skin of her face. Instinctively she raised her arms in defence, before they too relinquished their soft flesh to the incensed horde.
He stood in the doorway, blocking her only means of escape. Clothed in a long sleeved shirt and trousers he was shielded, protected from the animated mob.
With sheer will she forced herself up of the floor. Head down she ran at him. Gloved hands reached forward, grasping her shoulders firmly and halting any possibility of fleeing. Hysterical she began to frantically twist but his unyielding grip held her rigid.
The poison coursed swiftly through her veins and began to take affect. Swelling the back of her throat and leaving her gasping for vital breath. All strength suddenly ebbed away and she dropped her shoulders, stopping his resistance.
Looking into dark, sinister eyes she saw his exhilaration, the thrill of this encounter. Shock and betrayal assaulted the last remnants of her life. As she fell into unconsciousness and experienced the moment of her death, the last image she took with her was his evil smile of pleasure.

Comment by Andrea Phillips on July 4, 2012 at 11:09pm
So happy for you that you found your way out of the darkness! Your story touched me as I was reading it and I can appreciate the feelings you were going through. I've sent through a friend request and hoping I can read your novel in the near future!

'The Thirty Names of Night': A Story Of Self-Discovery And Self-Acceptance