My Most Booknificent Thursday

Ok. So I borrowed the link-up title for the title of my post.  You'll see why in a minute.  (And hopefully Tina will forgive me!) :O)   on the button right up there to go see more Booknificent Thursdays!
I GOT THREE BOOKS TODAY!
The first one was at the  for pickup (I guess our mailbox wasn't big enough):
(Click the cover to see the GoodReads page) 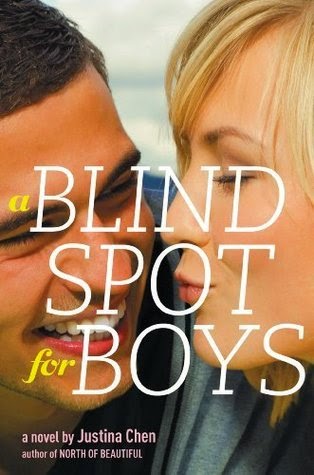 Shana has always had a blind spot for boys. Can she trust the one who's right in front of her?


Sixteen-year-old Shana Wilde is officially on a Boy Moratorium. After a devastating breakup, she decides it's time to end the plague of Mr. Wrong, Wrong, and More Wrong.

Enter Quattro, the undeniably cute lacrosse player who slams into Shana one morning in Seattle. Sparks don't just fly; they ignite. And so does Shana's interest. Right as she's about to rethink her ban on boys, she receives crushing news: Her dad is going blind. Quattro is quickly forgotten, and Shana and her parents vow to make the most of the time her father has left to see. So they , and as they begin their trek, they run into none other than Quattro himself. But even as the trip unites them, Quattro pulls away mysteriously... Love and loss, humor and heartbreak  in this new novel from acclaimed author Justina Chen.

(Disclosure:  I received a  copy of this book from booksparks Fall Reading Challenge 2014 - FRC2014, in exchange for my unbiased review.)
FYI - I will also review this book here on the blog, but due to a delivery bobble, the date is a little up in the air - probably the next week or so.
~~~oOo~~~
The second one came in the regular mail: 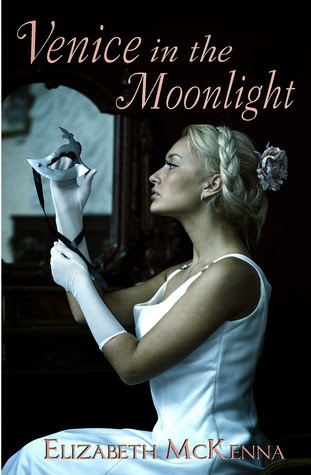 After her husband’s untimely demise, Marietta Gatti is banished from the family’s villa by her spiteful mother-in-law. She returns to her hometown of Venice and her only kin—a father she hasn’t spoken to since her forced marriage. Her hope of making amends is crushed when she learns she is too late, for he recently has died under suspicious circumstances. Grief-stricken, Marietta retraces her father’s last night only to discover someone may have wanted him dead—and she may be next. When the prime suspect turns out to be the father of the man she is falling in love with, Marietta risks her future happiness and her life to avenge the death of a man she once hated.

Elizabeth McKenna’s latest novel takes you back to the days of eighteenth century Carnival, where lovers meet discreetly, and masks make everyone equal.

(Disclosure:  I received a print copy of this book from Italy Book Tours in exchange for my honest review.)
FYI - I will review this title on this blog on Monday, November 3, 2014
~~~oOo~~~
The third book came via : 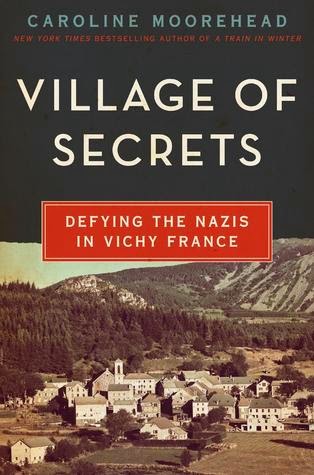 Le Chambon-sur-Lignon is a small village of scattered houses high in the mountains of the Ardèche. Surrounded by pastures and thick forests of oak and pine, the plateau Vivarais lies in one of the most remote and inaccessible parts of Eastern France, cut off for long stretches of the winter by snow.

During the Second World War, the inhabitants of the area saved thousands wanted by the Gestapo: resisters, freemasons, communists, downed Allied airmen and above all Jews. Many of these were children and babies, whose parents had been deported to the death camps in Poland. After the war, Le Chambon became the only village to be listed in its entirety in Yad Vashem's Dictionary of the Just.

Just why and how Le Chambon and its outlying parishes came to save so many people has never been fully told. Acclaimed biographer and historian Caroline Moorehead brings to life a story of outstanding courage and determination, and of what could be done when even a small group of people came together to oppose German rule. It is an extraordinary tale of silence and complicity. In a country infamous throughout the four years of occupation for the number of denunciations to the Gestapo of Jews, resisters and escaping prisoners of war, not one single inhabitant of Le Chambon ever broke silence. The story of Le Chambon is one of a village, bound together by a code of honour, born of centuries of religious oppression. And, though it took a conspiracy of silence by the entire population, it happened because of a small number of heroic individuals, many of them women, for whom saving those hunted by the Nazis became more important than their own lives.

(Disclosure:  I received a print copy of this book from TLC Book Tours in exchange for my unbiased review.)
FYI - I will review Village of Secrets on this blog on Friday, October 17th, 2014.