An exerpt from First Rose:
My heart was pounding a little faster as he came closer and closer to where we were. He was unbridled and free.
Soon he was right in front of me. He reared his front legs upward, neighed and when he brought his hooves down again, he stopped abruptly at my face. He was large and imposing. I had to look upward just to glimpse his neck.
He backed off a little, lowered his nose, and snorted. He was so near I could feel the moisture from his nostrils. His breath covered me as we stood, face to face, with one another.
Since I was still standing on the porch, I had only to look up a little to stare into his eyes.
I knew he was mine. I knew I had been with him before. Was it on earth? Did he visit me while I was there?
My son had always told me that spiritual horses were often present on earth when the River of God flowed freely among his worshiping children.
They would come to drink with the children of God. If you were sensitive enough to the Spirit, these phenomena could be experienced. Drinking with horses was natural for the children of God, as it occurred frequently.
His eyes pierced mine like lightning, and I knew he knew all about me. Yes, he had drunk with me from the water of life as it flowed invisibly during the worship and praising services of the redeemed on earth.
His hide was smooth and the hairs were like spun glass. He was a most magnificent creature. He was spirit. He towered above me, but I felt safe and protected.
My friend said I would be riding him when Christ returned to earth soon. All the redeemed would follow him on white horses at the conclusion of Armageddon. 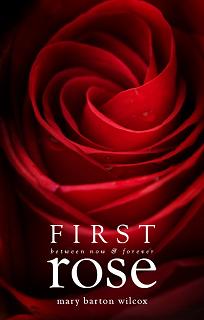 Elisa New Wants You to Think About, and Watch, 'Poetry In America'

A Reading List For The Social Distancing Era, From Author Ben Philippe

Many Can Identify With Arceneaux's Book: 'I Don't Want To Die Poor'

New in Paperback: ‘American Carnage’ and ‘Mrs. Everything’

Looking at the History of Viruses and Public Opinion

Jen Gotch Is Not a Therapist, but She Knows How to Cope

The Nobel-Winning Economist Who Wants You to Read More Fiction

The Heroine of This Korean Best Seller Is Extremely Ordinary. That’s the Point.