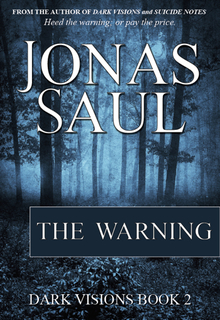 The first anyone heard about this experiment was when I posted it here on March 22. In the last couple of days I have announced even more sales on Facebook so these three titles are getting a little more talked about.

But remember, originally, I told no one about this. I uploaded the titles and waited. As the prior post mentioned, sales had been great.

That leads me to this post. I cannot believe how well they're doing now. In the first seven days of April more books sold than all of September, October, November, December and January. You heard that right: in 7 days more books sold than in my first five months online altogether.

This affirms everything. In those five months I tweeted, I Facebooked, I gave books away on LibraryThing, I mingled with authors on Goodreads and produced a certain sales result. When I uploaded my pseudonym, I did nothing.

My conclusions aren't that you shouldn't promote because promoting does have its advantages. My conclusion is that there's a formula and no one knows what that formula is. The mix has four components;

For readers to find you there has to be an attractive cover. Once they stop to look, the title has to grab them. The author name will hopefully sound author-like but you need to decide for yourself how your name sounds and whether or not you need to go with a pseudonym. I mean come on, no disrespect to the Eugenes and Berthas out there, but if you want Stephen King or Dean Koontz or James Patterson's sales numbers you can't be an author with the name Eugene Kaffinekis or Bertha Ossingspit.

Once you've got the paying public this far, don't lose them with an unprofessional blurb. I have read over a hundred blurbs by independent authors and noticed grammar problems, spelling errors and a total lack of enthusiasm or passion in what their story is about. Again, I'm no leader here, just saying take a look and rewrite the blurb if sales aren't coming in daily.

After all that the sample the reader downloads had better be good.

I don't pretend to know the formula. All I'm saying is continue to rework the cover, the blurb and the title until you see a marked increase and then go with that.

Good luck and don't forget; Brenda and I are coming out with our next big secret on Friday May 6, 2011.

Comment by Sally Pomeroy on May 1, 2011 at 7:38pm
This is a great post, thank you for sharing your experiment.  And the cover of The Warning, Wow! Great Job! I appreciate that you took into consideration all of these four elements.  It's true, everything has to be good to sell a book, not just one element.  Great insight.