Cover Reveal--The Girl They Sold to the Moon 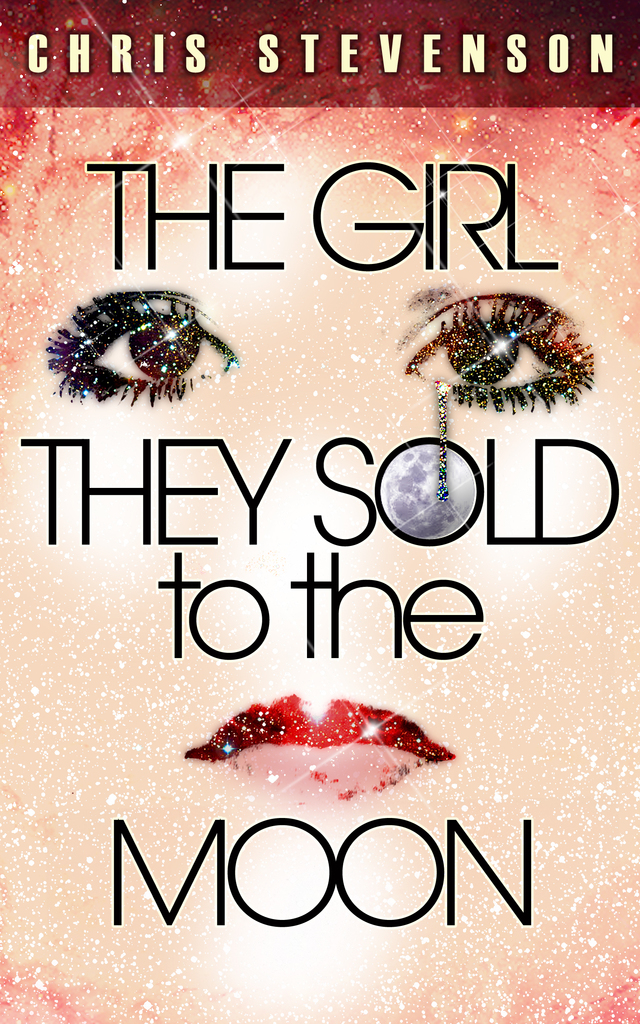 Eighteen-year-old Tilly Breedlove’s father has sold her into a form of modern day slavery on Luna—the Tranquility Harbor Mining Company, 240,000 miles from home. He's received a hefty advance so he can pay off his back taxes—it's that or go to jail. Family Trade and Loan, an unscrupulous company, is more than willing to take her on and exploit her talent.

Forced to be an exotic dancer, she performs risque shows for the filthy, but filthy rich ore miners—a far cry from her modern and classical dance training. If she isn't resisting obscene advances from bearded “Prairie Dogs”, she's fending off jealous head-liner acts who view her as a threat to their status—and when those jealous showgirls say “break a leg”, they aim to cause it.

A tragedy on the Moon base, coupled with the suicide of her best friend, lands Tilly back on Earth, shackled to the Las Vegas-Henderson Gambling Complex. Her father defaults on the loan and goes into hiding, making Tilly temporary property of FTAL. That's the last straw. Angry and distraught, she plots with another older ward—they'll break out and make a run for it. If she can just get past the corporation's airtight security, and hunt down the father who abandoned her.

THIS IS THE COVER REVEAL ONLY. THE GIRL THEY SOLD TO THE MOON WILL BE RELEASED SOMETIME BEFORE JULY, 2014. I'LL POST NEWS FOR PRE-ORDERS WHEN I GET THE ALL CLEAR.

I love the glitter touch and subtle imagery. Just glad it didn't have a half-naked dude with six-pack abs and a swooning female. It's got some class, and was rendered by Intrigue Publishing.

The eyes were changed to blue at the last minute.

It's also up at Amazon now for pre-orders. Get your copy at the reduced price early!

Q & A with Candace Fleming

In 'Sexual Citizens,' Students Open Up About Sex, Power And Assault On Campus

Charles Yu Loves Reading With His Children. Don’t Tell Them.

Before Michael B. Jordan Played Him in ‘Just Mercy,’ Bryan Stevenson Was a Kid Who Loved to Read