Around the Globe with AL STEVENS 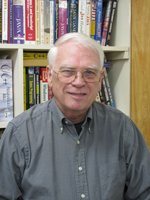 It’s a brand new month and this week’s featured author sets the trasnporter’s controls for Space Coast near Kennedy Center. In a few minutes, we’re lounging in his music and writing studio listening to Dexter Gordon on the stereo and a mockingbird outside. He gives me cheap Walmart wine and crackers and says the pizza is coming soon. However, I can spend the night in his RV and play with the cats, raccoons, possums, and foxes hanging around his lawn. I’d better set my cell phone alarm because he and his wife don’t have an alarm clock. Lucky them.

I am Al Stevens, and I am not the most fascinating person in my city. I used to be. Then I moved to another city.

Most of my writing has been about computer programming. When I got too tired to keep up with the technology, I retired from that. But my backlist on Kindle outsells everything else, so maybe I’ll return to my roots. In the meantime, I explore a lifelong desire to write fiction.

I don’t think anything about me would surprise the folks who know me. People who don’t know me might be surprised to learn that I performed for years in comedy clubs and at corporate and private functions as a comedy ventriloquist. I never pushed it as a career though, because playing with dolls was never exactly a babe magnet.

3. What interested you to be become a writer rather than something else such as a nuclear physicist?

I have been many things. Computer programmer,  jazz musician, newspaper cartoonist, pilot, janitor in a small church, and white collar spy. I don’t talk much about being a spy. Or a janitor. I even pumped gas, but most of your readers won’t remember when you didn’t have to do it yourself.

Some folks say my checkered past is because I can’t hold a job. There’s a name for folks who say that. We call them “employers.”

I started writing in about 1985 when I saw a need for a particular book about computer programming. I needed the book and couldn’t find it. So I wrote it, submitted it to several publishers, and endured several rejections. Finally a small publisher in Annapolis, Marylandsigned me. While the book was in production, the imprint was bought by Prentice-Hall, a subsidiary of Simon and Schuster, and so my career as an author was launched with a Big 6 New York publisher. Not long after that, computer books got hot, and I rode the crest. I got a gig as columnist for a programmer’s magazine (http://www.drdobbs.com) and did that for fifteen years.

Vonnegut, Steinbeck, and Bill Mauldin. Their works kept me reading once I got past the Hardy Boys. But since they’re all dead now, I don’t think the dinner would be a pleasant evening.

5.  If I were stranded on a deserted island (or suffering a four hour layover at the airport), why would your book(s) be great company?

They would make you eager to return to civilization. You would probably use them to set signal fires. But if Ginger and Mary Ann were there, you might not want to be rescued, so my books would be spared that particular book-burning.

6.  Share your process of writing in regards to: idea and character development, story outline, research (do you Google, visit places/people or make it up on the spot?), writing schedule, editing, and number of rewrites.

My ideas come from living. Characters are composites of people I have known. I don’t use outlines but prefer to start writing and let the story wedge its way out of my subconscious. I use Google to keep events straight and Google Earth and memories of my travels to give my places a feeling of accuracy. For weather, plants, flowers, and trees, I ask my sister-in-law.

The experts who haunt the online Absolute Write Water Cooler are an endless source of information. They help with details of all matters technical, social, medical, legal, and so on, and keep you from getting ripped in reviews for getting the small stuff wrong. You post a question, and within an hour, you have answers. They don’t always agree, but at least you have options.

I do not work to a schedule except whatever a publisher says is needed to get the book out. I self-edit my own work and then let the publisher’s editor have it. I do as many rewrites as it takes. Sometimes you just have to declare victory and retreat.

7.  “I think I have a good idea for a story, but I don’t know where or how to begin. Your process may not work for me. Any advice?”

There are two essential devices you must have. The coffee pot and the computer. Everything else is excess baggage, and what works for one won’t necessarily work for another.

8.  I saw an amusing T-shirt the other day which read ‘Every great idea I have gets me in trouble.” What is your philosophy of life?

“All you take with you to the grave are your good name and a suit of clothes—and nobody remembers the suit of clothes.” One of my characters told me that.

Not until I run out of stories. I’m working on the third in a series about soft-boiled detective Stanley Bentworth. He’s a lot of fun to write, but three volumes will about use him up. The first two are available as Kindle e-books now. The series is my experiment in self-e-publishing fiction.

My cozy mystery titled Nursing Home Ninjas will be published by Five Star Mysteries some time next year. It is my favorite of my novels, and I was thrilled when Five Star made the offer. Coincidentally, the advance check came today, my first in a decade. I should use the pen name Lazarus. Or Phoenix.

(I got stung by a wasp today, too, Mother Nature’s way of managing my humility about who’s in charge.)

I also have a thriller in the trunk that addresses JFK assassination. I’ve sold it twice to small publishers and did not go through with either deal. My decision, not theirs. It’s the first novel I wrote, and I think it needs work to achieve its full potential. So I resuscitated  it the other day and started ratcheting the prose. I will probably self-publish unless I can find a publisher willing to publish it in time to exploit interest that the assassination’s 50th anniversary will, I hope, raise. I can see me now at a makeshift card table kiosk in Dealey Plaza on 11/22/2013 peddling books.

A blog that suffers much neglect, http://alstevens.blogspot.com/

Thanks to Mr. Stevens for sharing his thoughts. Look for book reivews on “On the Street Where you Die” and “A Dead Ringer” (to be posted 6/4) at Brayton’s Book Buzz.

The 'Uncollected Stories' Show Allan Gurganus At His Finest