Angels In Disguise (On Kindle) 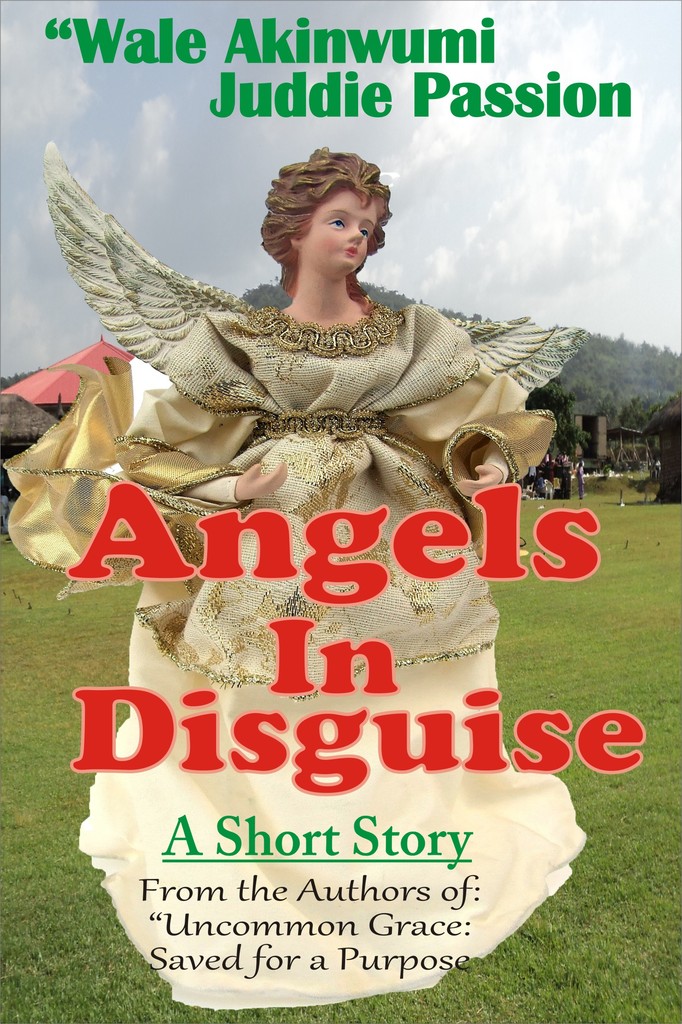 This is a short story of miracles wrought by angels in disguise who joined forces to save Ola, a youth pastor, minister of the gospel, communicator and an environmentalist who was involved in a fatal auto crash on 4th of October 2002 along Lagos – Ibadan Expressway in the south western region of Nigeria.

It was a day filled with miracles upon miracles that qualify to be named as wonders of the modern world. A young man was saved from the jaws of death by angels that paraded themselves as humans.

Before the crash and armed robbery attack on his vehicle, many angels tried to persuade him against the trip but he gave a deaf ear. A baby angel cried all through the trip before the crash and he did not understand, until they were attacked and crashed. And that was when the baby stopped crying.

Many voices spoke to his ear but he rebuffed and shunned their advice. It was after the surgery that he recalled all the salient warnings he had before the ordeal and learnt his lesson.

This man had an open head injury that started from his forehead down to the back of his head and the brain was not affected. He bled for over four hours and was still living. He died and came back to life twice. His body needed no extra blood before and after surgery. He rejected all forms of analgesics before the surgery; he was wide awake throughout the duration of the surgery. These are all miracles that happened on the same day. He was sentenced to many months of convalescence but was on his feet in 60 days even to the amazement of his doctors.

These are the things you will learn from this book;

You will understand what is called a miracle if you do not already know and if you already do, you will appreciate the power of miracles more.

This book will teach you that there are different types, forms and classes of angels on assignment; some are for and some against you.

You will also learn how to welcome your angels with your hospitality.

Lastly, this book will teach you how to discover, develop and deploy the angel within you because someone is waiting for your help and protection someday, somewhere.

Poetry Challenge: Honor MLK By Describing How You Dream A World