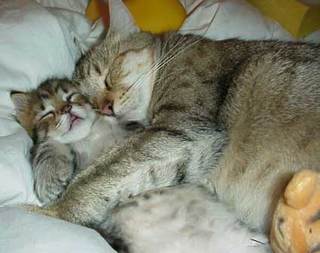 “I totally take back all those times I didn’t want to nap when I was younger.”

Actually, these days, I wish I could nap and still have plenty of daylight left when I finally awaken. Or, if I’m really enjoying the night, that it could last longer. Day’s light and night’s dark don’t last long enough to suit my purposes.

Anyway, that’s philosophizing for another day. I spent some time thinking how to relate today’s ‘truth’ into a writing related post before I wondered what this says about a person. How would information such as this affect a character’s actions, reactions, beliefs, morals, etc?

Background information. Every character has it and every author is challenged by when to include it in the book and how much. I’ve written about character outlines before and how they’re beneficial as long as the writer doesn’t go overboard with giving a minutely detailed life history.

The fact your heroine fell off her bicycle at age five is nice to know, but is it important thirty years later when she’s dealing with the current crisis? Or maybe is the incident important enough? The bicycle accident may be a factoid to throw in for some humor or a quick reflection but maybe not vital enough to ramble on about for four pages.

In guest posts for other blogs I tied in the topic to my, at that time, new book and the characters included. With these ‘truths’ I’m going to make an effort not to do a lot of BSP, but there will be exceptions and I think this time will be okay.

Most of you are familiar with my heroine (and dream girl) Mallory Petersen. If you’re not, shame be upon your head. Buy both Beta and its prequel-sequel Alpha and discover the quirky world of martial arts and mystery.

Okay, enough direct BSP. In Alpha, I included a bit of background on Mallory at the beginning of a particular chapter. I described her interest in mystery solving and private investigation as a young girl,  as well as her introduction and eventual devotion to taekwondo. I quickly take the reader through her college years, and up to present day, relating the types of cases she accepts and her success as an instructor.

I had included this B.I. in my original draft written many moons ago. When I set out to do the rewrite after Beta was accepted for publication, I deleted many extraneous and immature sections of the story. But I kept the information about Mallory’s younger years. I don’t detail it so much you’re going to be bored, but I wanted to provide a taste of who she was and is for those who hadn’t read the first book.

Of of the challenges in this book came from my editor who, although she liked the background information and the place I inserted it, didn’t think the timing was appropriate as it tended to interrupt the tension from the previous chapter. After reviewing the section, I agreed. I had just completed a very serious scene and this sudden history was a small jolt, throwing the story off pace. Fortunately, the fix was relatively easy and I was happy I didn’t have to make the information disappear.

In my first book, Night Shadows, my editor wanted me to eliminate the entire last chapter. Over 4000 words, poof, gone. Talk about devastating. I thought it was a cool finish. However, she said by this time the readers had figured out the twist and I didn’t need to explain it to them. Since NS was my first book,  it was a stressful challenge to take pieces of the information, background information of a sort, and insert them elsewhere in the story. Much more difficult a process than a small rewrite to the opening of a new chapter. However, writers are asked to slice and dice and sometimes the cuts are deep.

Maybe B.I. is easier for Mallory because she shares many of my likes and dislikes. Coffee-bad, Dr Pepper-good. Lilacs, burgers with Swiss cheese, various types of music except for opera and rap. And as I said, my dream girl – six foot  tall, blonde hair, blue eyes. Now, that doesn’t mean I won’t take a second look at some other pretty girl who comes my way.

Any takers? Seriously, just walk right up and introduce yourself. Knock on my door. Okay, call me. Email me…what? Oh, sorry, I veered down another path here didn’t I?

We’ve all joked about TMI when dealing with friends’ stories about life but TMI is something writers must constantly be aware of when constructing a story. There are no solid answers because if you’ve read enough books, you’ll discover background information at the beginning of the book (sometimes confusing), in the middle or even the end of the book (the latter of which could be lame because the reader needed to know it before the closing chapter), or, and this is much more likely, strewn throughout the book. The danger with this last is the TMI syndrome. How much information is too much, especially when introducing new characters? I may have mentioned in a previous post about a wonderfully plotted book I read that was bogged down with so much character information (and contained other problems as well), that I lost interest in the storyline. The information wasn’t all that necessary to the overall plot. I kept yelling, “Get on with it!”

Unless you are and your character is, then you’re fine.