Sheikh Sayed Haroon Al Azhari, is a young yet vibrant scholar who is born in Lenasia , South Of Johannesburg in South Africa , He began his quest for Islamic Sacred Knowledge at a very tender age at the Pretoria Islamic Educational Centre in 1997.

After graduating in Shari’ah Studies in 2004 he furthered his education in Egypt mainly at the world renound University Al Azhar Shareef.

While his Stay in Egypt he completed his Classical Arabic Studies through the Ministry of Education under the tutelage of distinguished Azhari Drs. He simultaneously studied at Al Azhar, deepening his Knowledge in moderate Islamic thought, resulting in obtaining his degree in “Integrated Ideology” .

Sheikh was graduated in 2012 by the Minister of Higher Education in Egypt on completion of his B.A Hons in Islamic Law at the Al Azhar University. May Allah grant Sheikh long life to continue benefiting the Ummah. Ameen 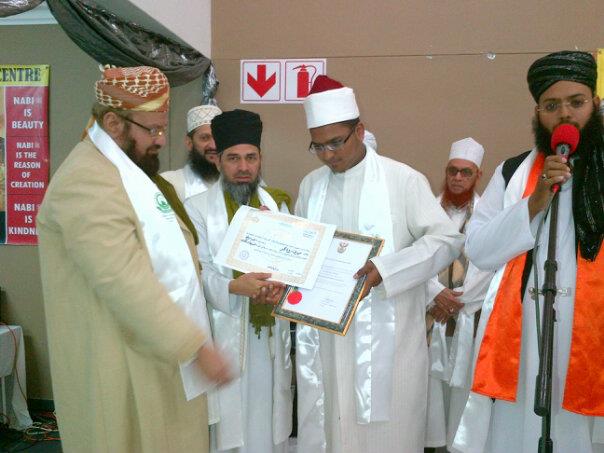 He now holds position of Head Of Department in the CTIEC - Cape Town Islamic Educational Centre based in Eagles Park , Cape Town. He also conducts short courses within the neighboring communities .

Sheikh Sayed Haroon Al Azhari’ works are based on The Holy Quraan and Authentic Sunnah which is very instrumental in correcting the thoughts of many, helping them return to the true Aqeedah of Ahlus Sunnah Wal Jama’ah.

His works are academic and appeals to all kinds of readers and listeners regardless of age, race or level of knowledge. It is simple for the layman to comprehend, filled with evidence for the scholars to broaden their perspective and to strengthen the Imaan of every Muslim.

Shiekh Is aregular well known lecturer around many parts of South Africa and even abroad , Sheikh Sayed is one of the most outspoken lecturers around. he also has written many books & booklets on various Islamic topics .

A Competition To Finish Louisa May Alcott's Story