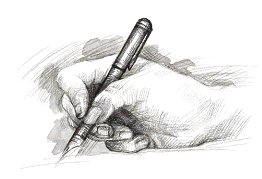 All effective sentence patterns start with the Subject-Verb-Object (S-V-O) sentence structure. Optional components are additional S-V-O structures and descriptive words, phrases, and clauses (D), which can be placed in various locations.

In the samples below, the subjects are underlined, and the main verbs are in italics.

2. Simple sentence with a simple introductory description (D + S-V-O): The main sentence is a simple sentence. It is preceded by a simple descriptive phrase with only one level of description (2a) or a simple descriptive clause with only one subject and verb (2b). If you need to describe some aspect of the introductory description, use two sentences. Otherwise, the description will be overly complex and increase the potential for confusion.
Example 2a: As designed, the computer desktop providesaccess to your files.
Example 2b: When your computer is working properly, the computer desktop providesaccess to your files.

4. Compound simple sentence with a simple introductory description (D + S-V-O + S-V-O): This pattern combines the previous two patterns.
Example 4: According to the instructions, the computer desktop provides access to your files, and the external hard drive storesback-up files.

6. Simple sentences with compound objects (S-V-O + O):The verb has two objects. Not every sentence has an object, but a sentence that can have one object can also have two.
Example 6: The computer desktop providesaccess to your files and critical information about your computer.

Other sentence patterns: These eight sentence types will serve you well in nearly every instance. You can modify them to create other patterns. For example, you can add descriptive words in multiple locations. With each sentence you write, however, consider the level of complexity and consider whether a simpler pattern will work. Some cautions: (1) keep the S-V-O pattern intact, (2) only use one level of description, and (3) use few descriptive clauses and phrases, if any.

By using these sentence patterns, you will communicate clearly with your readers and will become more competent with academic or technical writing.

In 'Remote Control,' Drones Fly Over The Yam Fields Of A Near-Future Africa