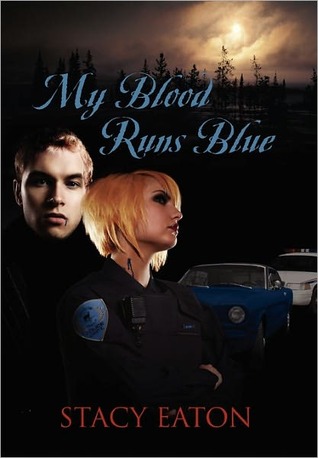 Officer Kristin Greene has always felt that something was missing from her life. Although her job with the Fawn Hollow Township Police Department keeps her busy, she still feels like there is something else out there for her. She soon finds herself investigating a homicide where a young woman has had her throat ripped out. As she begins to dig for the answers, she finds herself thrown into a world she didn’t know ever existed. When the two strong and silent men walk into her life, she finds herself being pulled into a love triangle that has been going on longer than she has been alive. Who are they and why do they keep calling her Calista? Join Kristin as she fights to learn the truth about the recent murder, the two seductive men who have entered into her life and the real truth about herself. 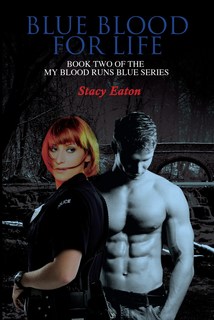 After a month off, Kristin comes back to work happier then she’s been in a long time. Her new status in life has her solving crimes faster and better than she ever could before. When Alex goes missing, Kristin finds she finally has to reveal the secrets of her life to her friends. Will they be able to stand beside her after they learn all that she has hidden from them? Julian and Gabe stand beside her faithfully as they try to locate Alex. They are surpirsed to find Trent already in Fawn Hollow, but know that Trent may be the only one to do what Alex has asked them to do. As one more choice is taken away from Kristin, she attempts to make the best of it, but finds herself drawn to Trent in a way Julian and Alexander could never compare to. Trent goes to work with Kristin to keep her safe but will he be able to handle all that her police world entails? Can he handle the side of her that she reveals, the one that Alex and Julian know nothing about? When Kristin and Trent uncover the connection between her job and the kidnapping, they are finally able to put the pieces together, but can they get to Alex fast enough? Will Kristin be able to handle rescuing Alex and all that she learns in the process? Join Kristin, Julian, Trent and Alexander as they dive into a new mystery that will have you turning the pages quickly to find out who is responsible and how Kristin’s life is forever changed once again. 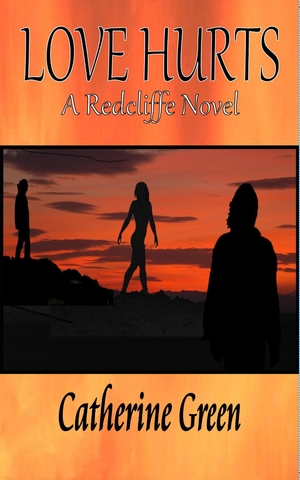 Love Hurts is about a young woman who runs a bookshop in Cornwall with her best friend. She falls in love with a local police detective and later discovers that he is a vampire, and that his identical twin brother is a werewolf. She is dragged into their complicated and dangerous lives, to her detriment, where secrets are told and lives are lost...

My book is available on Amazon, here is a link to my website where you can also read a short story relating to Redcliffe... http://catherine-green.co.uk 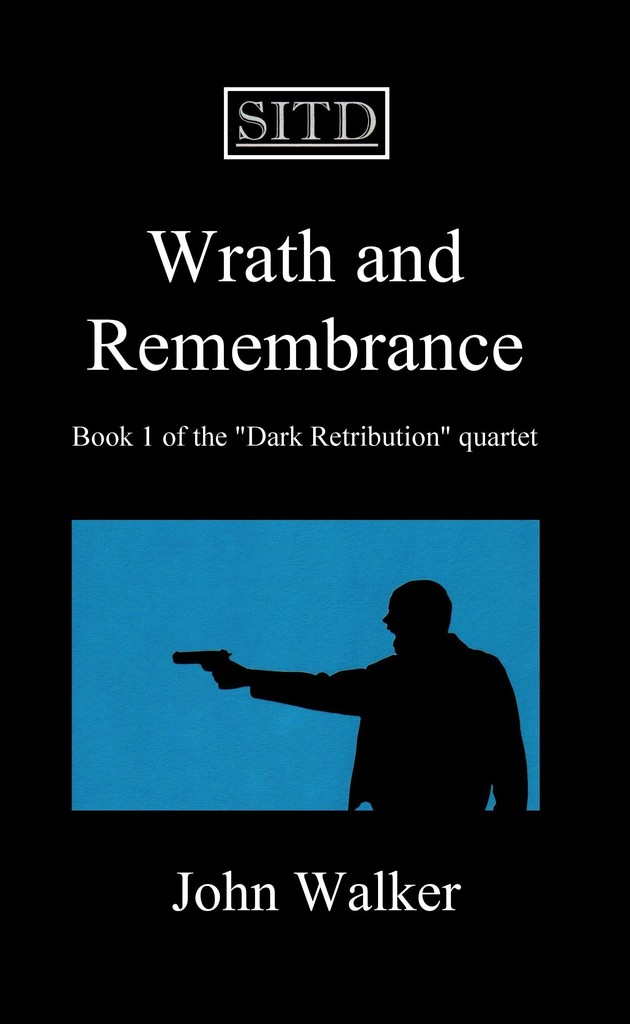 As Jack Parrish struggles to survive and hold onto his sanity in an ever-changing world, someone from his forgotten past is hunting him.

The car crash he survived as a child has left him without parents and struck by amnesia for the next 18 years.

What do his nightmares mean?

Are they distorted flashes from his past or premonitions of what will be?

Why is someone out to kill him?

Just when life seems to be going right for Jack those close to him are being murdered and Jack is forced into a deadly game of cat and mouse. 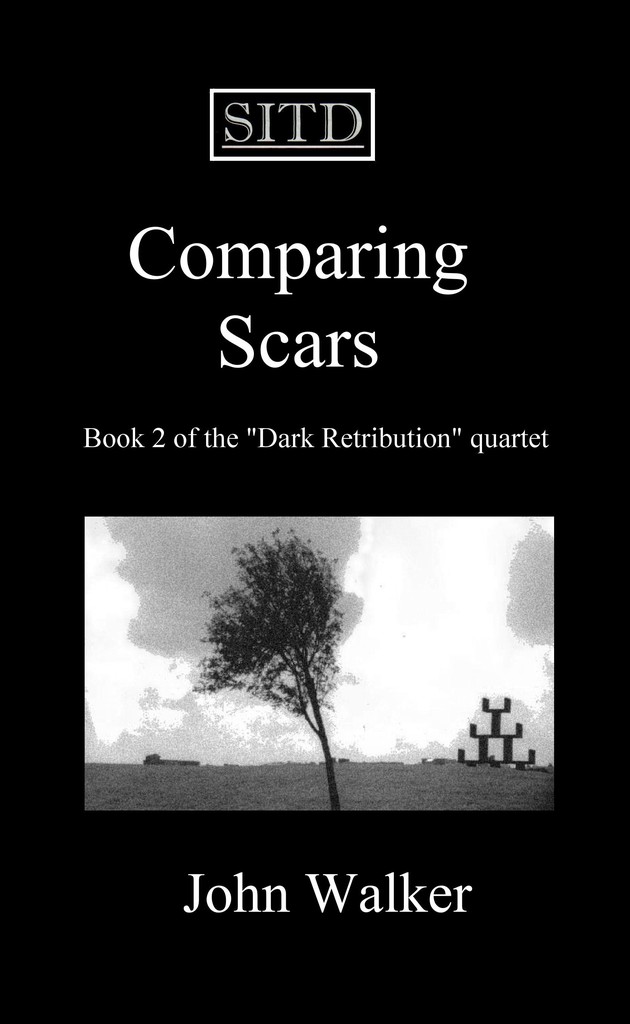 Jake and Louise feel compelled to confess their darkest secrets to each other before they can commit to a life together, comparing the scars life has made on their personalities and souls, knowing that their confessions will either strengthen or destroy their relationship.

Interwoven into this is the police hunt for a criminal responsible for explosions occurring around the city, Jake's obsession with a decade-old undetected murder, his own recent Near-Death-Experience and Jack Parrish: a friend he has not seen for 16 years, believed to be dead by some, while others believe he is a fugitive suspected of several killings, still alive and living in hiding. 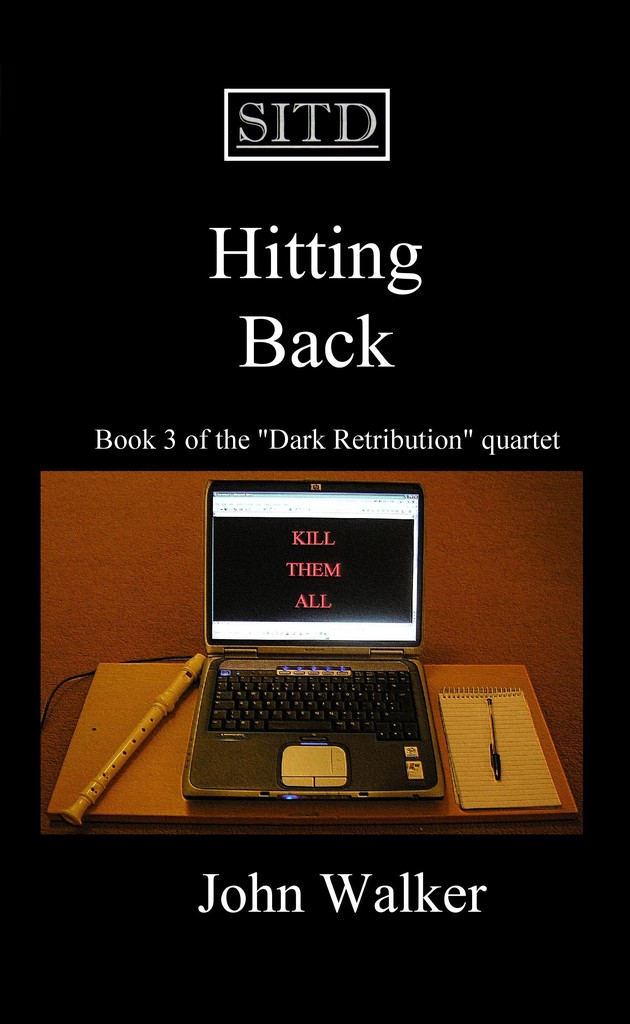 Lenny Durning has returned to Newcastle after 3 years in exile, accompanied by Theo, a book store owner who had saved Lenny's life.

Lenny was almost murdered after being blamed for something he hadn't done.

Now he's back with a vengeance!

Lenny is a thief and a liar; a selfish, repulsive little weasel of a man whom no one would trust with anything - if they were in their right mind.

Lenny has eleven people on his hit-list and he won't stop until he brings down each and every one of them.

But Lenny will discover that revenge comes with a heavy price tag. 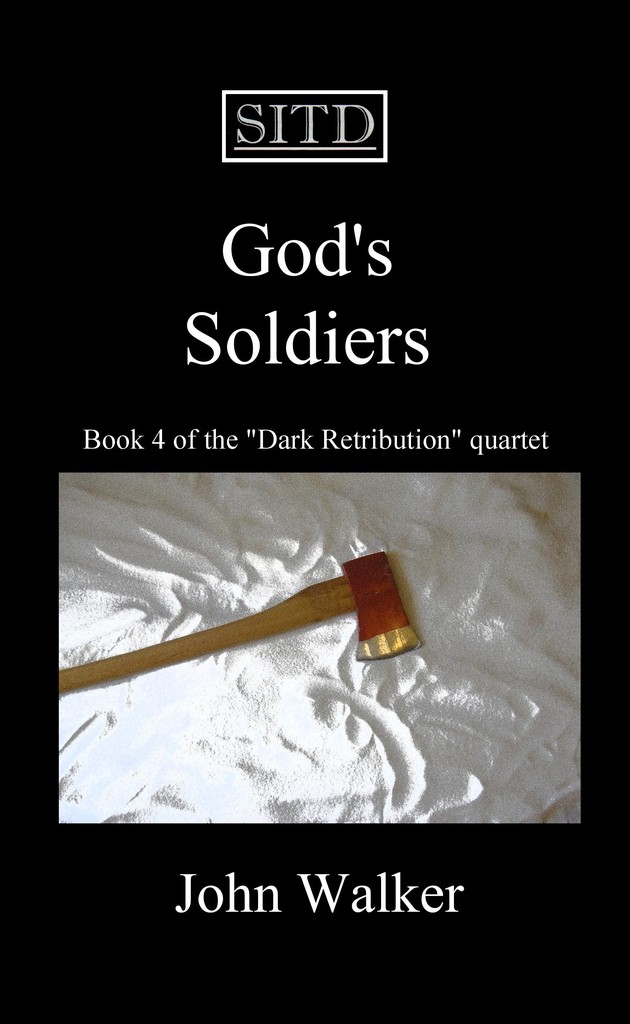 Jake Callan’s home is ransacked and his wife and friend are kidnapped.

Is he up against one organization, or separate factions of them?

And who is pulling the strings?

Unable to go to the police, Jake Callan and Jack Parrish travel undercover as roadies with Peter Stillson's rock group, "Io's Anthem", to rescue Louise and Felicia and destroy the organization responsible.

Is all of this just coincidence ... or has it all been engineered by an older and more powerful enemy?

In this private little war nothing is what it appears to be ... 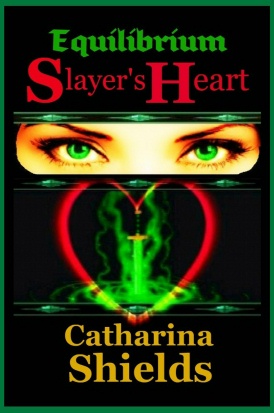 Gonna have to check out your work Catharina!!! 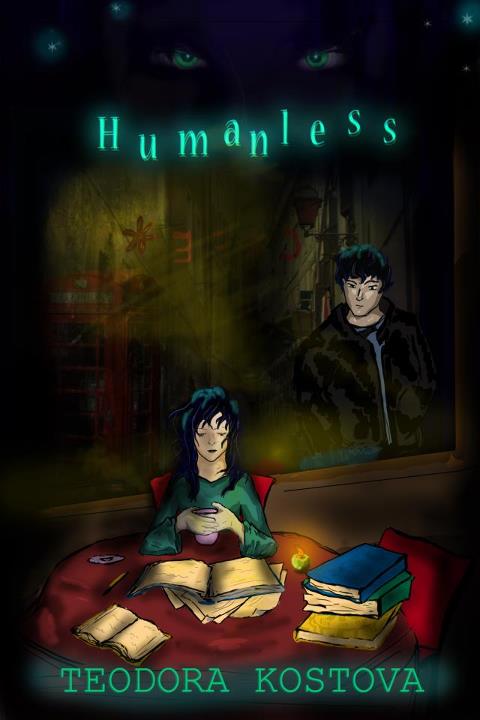 "Humanless" is a YA paranormal romance set in London (for the most part). Here's the official blurb:

When Ava - a 18-year-old student from a wealthy family - meets Blake, she is stunned by his extraordinary beautiful appearance and unexpected rudeness. Little did she know, that he is Ares – the God of War himself, sent down to Earth to kill her. Something else she doesn’t know – he’s human and he has no intention of fulfilling his mission.

Amazon link for US and worldwide

A tale of shadows and forest witchery. 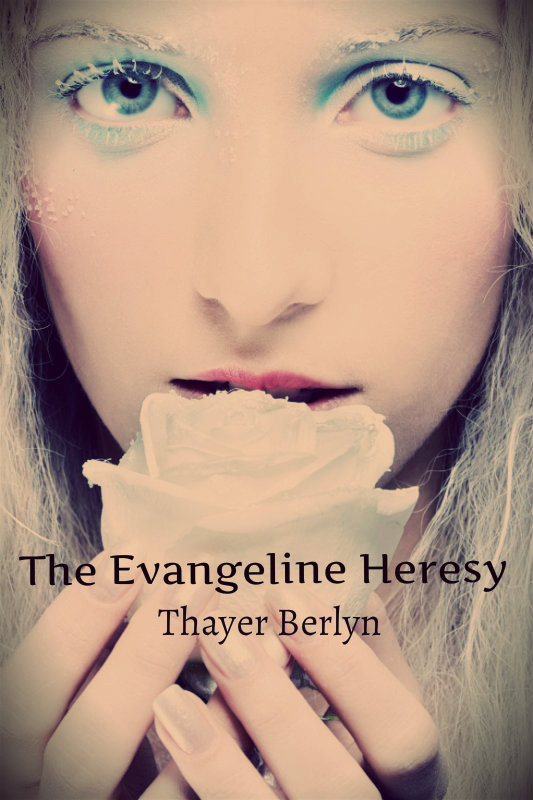 Some secrets of the forest are best left alone.

Dr. Ethan Broughton has agreed to investigate a potent medicinal plant and a rumor of curative miracles on Porringer Hill in East Tennessee. What he finds is an isolated community of disturbing superstition centered on one woman, Ana Lagori, a local apothecary with a mysterious ability to heal all wounds.

This is the story of that most fateful encounter. 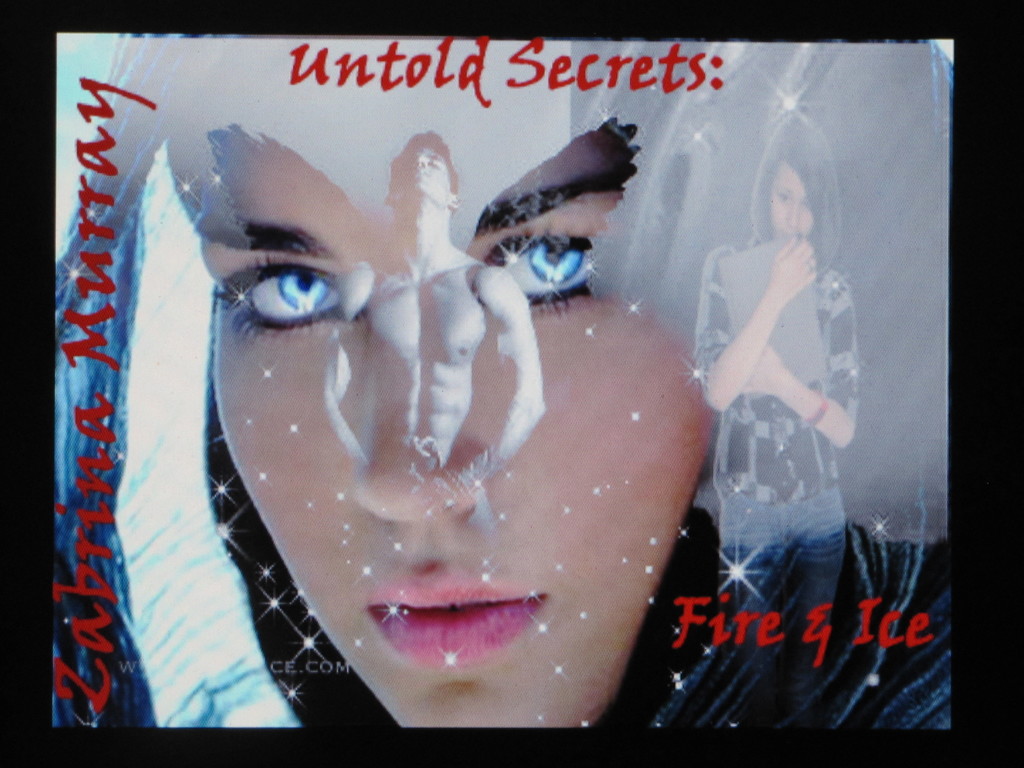 Arrianna Williams is an ordinary 25 yr. old woman or so she thinks. She has stumbled across a very special book and she soon sees just how special this book really is or at least she thinks she knows. The book comes to life and Arrianna is no longer reading the pages but is in the story herself.
Shortly after reading the book she runs into an old childhood friend Damian. She quickly falls for him but it doesn't last long. Hurt; she finds comfort in another man. Thinking her life is completely normal, she soon finds out she has a special gift that puts her life in danger. An Archangel named Gabriel comes to her rescue but in turn things only get worse.
She is now being hunted for her gift and the man she sought comfort with is in desperate need of her to save his life. Meanwhile her feelings for Gabriel grow stronger as she wonders if he could be her true love.
Could this Angel ever love her the way she loves him? Will she defeat the fallen angel and demons after her? So many secrets so many lies and so much heartache will happen during her journey to discovering who she really is and what she was meant to do.

After 100 years, Boise Public Library gets a missing book back

'From Staircase to Stage': Raekwon on growing up in N.Y. and the Wu-Tang Clan