A Progressive Etudes on Human Progress. 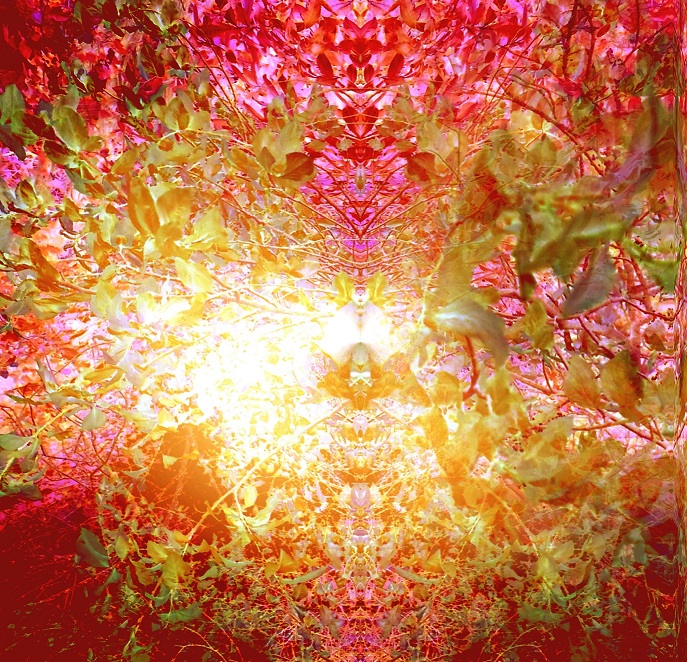 The below text comprises a synoptic overview of : 'Gaia- The Null Hypothesis- Resonance XX', from #Fibonacci Series.  A link to the full work may be cited via the author's Academia.edu papers.

'Gaia- The Null Hypothesis' is a progressive etude on human progress, focussed on human liberty & transformation.  The text offers an overview of a solipsistic dream cautioning the well-being of Earth’s future.  The work comprises a lucid interjection, nurtured from the collective unconscious mind of Mother Earth.  This vignette evokes an allegorical evocation of her troubled heart as we reach 2020 AD (in the year of our Lord).

The author is a Reiki Master, experiencing an existential crisis- her analogy of Gaia Earth’s ailing health provides a mirror onto the soul of the people of Earth- there is no doubt the human race is in distress.

Deeply imbued within the chi Master’s dream is the notion of Mother Earth’s wrath in relation to the destructive tendencies of human kind.  Gaia’s posits a rhetorical magnum opus ‘null hypothesis,’ claiming that humans are not her children; we are persona non grata.  The Reiki Master’s challenge is to prove the maternal relationship of human kind to Gaia through demonstrating attributes of peace, love, hope and through healing division.  We must prove that we are not merely a degrading influence within the life-world of Goddess Gaia. Science & spirituality are juxtaposed concepts throughout this work in relation to the twin themes of human conquest versus human compassion.

The allegory of Gaia is narrated by Chi- native Shaman cat, an emissary of divine spirit.  Humanity’s nascent heroes in our ‘brave new world’ are the creatures who reign on Earth, capturing hearts & minds.  Earth’s primordial souls resonate with the female life- bearing energies of Gaia.  The ‘golden ratio’ depicting the energetic frequency of global consciousness is expressed adeptly through the theory of Schumann Resonance; a term abridged in this work to Resonance XX, to honor the representation of Gaia’s genetic heritage.  Innately Gaia is evoked in modern culture & traditional Greek mythological discourse as the Mother of Earth.

This fictional work pays homage to Enlightenment scientists Newton, Copernicus and Galileo. However, the forefathers of modern empirical natural science possessed little awareness of the animate essence of the universe, or Earth.  Fortunately, Da Vinci’s work serves to harmonise science with artistic analogy through creative virtuosity.  His notion of the Vitruvian Man offers a visual mirror upon humanity’s relationship with sacred landscapes, (Mother Nature), sacred architecture and the cosmos. (1) His depiction of the proportions of the ideal Renaissance 'man' appropriate a recursive algorithm, infused with divine intelligence.

Da Vinci's Vitruvian man is intrinsically reminiscent of a Kundalini butterfly, possessing infinite potential for self-realisation. Yet humanity has yet to venture outside our own ailing planetary atmosphere of claustrophobic disharmony.  The author’s prophetic lucid dream therefore concludes with the issuing of an ultimatum from Goddess Gaia; she warns that the consequences of failing to connect with peace, love and healing energies on Earth will outcome in banishment to a nascent lunar mining ‘colony’ via a Lagrange settlement within the solar system!

By virtue of the narrative themes imbued in this tale, the author is revealing that she is in fact an advocate of the innovative, seminal work of Prof Gerard O’Neill & his Space Studies Institute. (2) O’Neill’s worst fear was that the representation of his lifework would not be immortalised within an academic genre, rather his ambitious plans for the future of humanity would instead be reduced to fictional allegory.  Yet, his vision of lunar mining to assist in the survival of human kind as a collective has yet to be actualised.

In reality, the medium of fictional allegorical prose offers a powerful representation of reality in relation to political issues that may not be broached utilising an exclusively intellectual genre. Da Vinci’s artistic conceptualisation of the ‘Vitruvian Man’ has after all, served as a timeless analogy of humanity’s appearance & socio-cultural values, juxtaposing scientific rationality, with aesthetic mastery.  The political concept of Hegelian dialectical ‘progress’ may now be problematic, as humanity faces global crises at many levels.  This passage explores the utility of the interwoven concepts of ‘narrative equity’ and ‘artistic analogy’.

Thus, in this dystopian fairy tale of the unexpected, the author longs for simple mercies in her life.  She is an authentic Vitruvian Renaissance woman within her very soul. The Null Hypothesis exploring Gaia's maternity in relation to humanity offers a modern day odyssey into the heart of Mother Earth's mortal ecology of soul.

cover to the album 'Earthling'. *The full paper may be sourced via Stephanie's Academia.edu page:

NB: The term space ‘colony’ should be modified to meet the needs of the cosmopolitan space community, Colony could therefore be replaced with the notion of space community gateway, Lagrange settlement or orbital space station.

Schumann published his theory initially in a journal called: ‘Technische Physik, a Dr. Ankermüller Schumann’ Schumann resonances may be defined as global electromagnetic resonances, generated and galvanised by lightning discharges in the cavity formed between the Earth's surface and the ionosphere.

This paper pays homage to:

settlement by circa 2024, to once again realise humanity's ambition to

explore the resources of the moon.

*The author dedicates her work to:

The remainder of this feature will offer some imagery depicting the awesome beauty of Mother Earth, captured through the lens of Schumann Resonance theory.  Schumann's concept of Earth resonance is equable with the discovery of the heart beat of Gaia, forged from deep within the ionosphere.  The living earth may therefore be perceived as an ecologically integrated, nurturant living being, yet mercurial and electromagnetic in humoral composition.  My art captures the Beatitudes of Gaia; health, happiness & liberty are clear priorities in the 21st Century.  My art is both organic and digital, capturing the essence of Fibonacci's 'golden ratio' through mandalas, and Vector free art.  My Reiki energy art is not idealistic & does not seek to promote solely aesthetic perfectionism through reproducing geometric algorithms. This onus in my own art on egalitarian values is requited in the work of Leonardo.  As we shall see in my future critique, informed through the Stanford.edu semiotic analysis of Vitruvian man, Da Vinci's archetypal human triangulates the spheres of medicine, humanitarianism and aesthetics. The greatest beauty is surely found in spiritual 'vraisemblance' (truth). 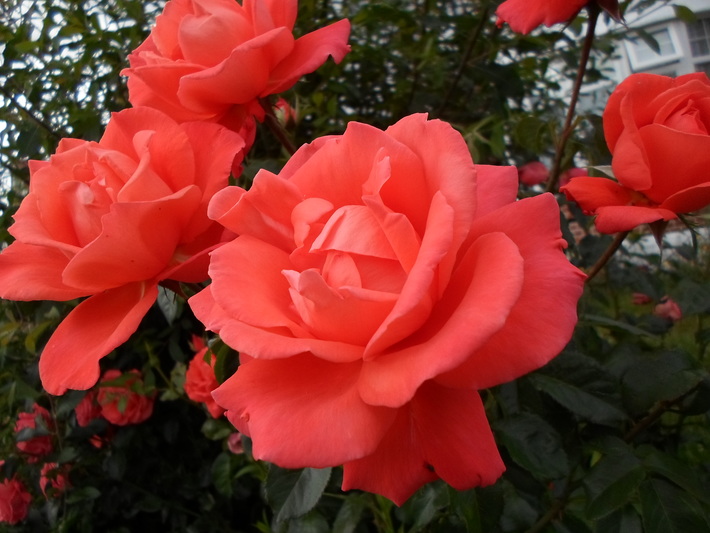 In my next live journal entry for Humanitarian Healing  Webs, I will be exploring the enigma of Da Vinci's Vitruvian man further.  As humanity evolves, we must seek solace through venturing into the cosmos to establish a safe haven outside the safe haven of terra firma.  My next web entry will set an intrinsically rewarding, delightful challenge for my professional colleagues at Space Renaissance, Journal of Space Philosophy and Space Studies Institute.  (I joined Gerard O'Neill's Space Studies Institute summer 2020)...

Shortly, I will be opening out a graphic design task to produce a modern version of Vitruvian man (or woman) forging a united World Vision for 2020. How might we encapsulate the very soul of human kind for future generations, reflected upon from Earth & far beyond Gaia!

My own recent research into proto-linguistic semiotics has unearthed some fascinating truths regarding the rich history of human understanding of 'Earth's primal DNA' in relation to Jungian concepts of the collective unconscious. My own love of human kind and the natural realm guides my own contribution to aesthetic depictions of Goddess 'Gaea'.  I care deeply about the future fate of all her incumbents. 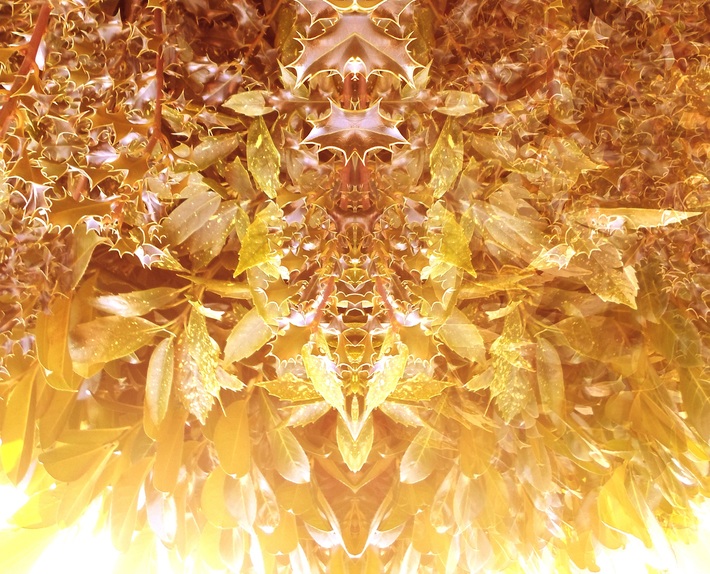 Image:  Eudaimonia: The Greek Concept of happiness of the soul. 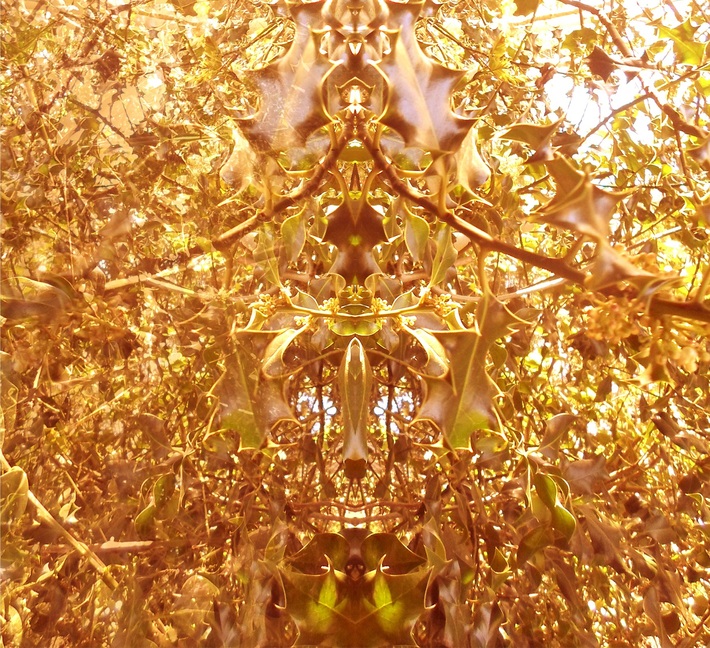 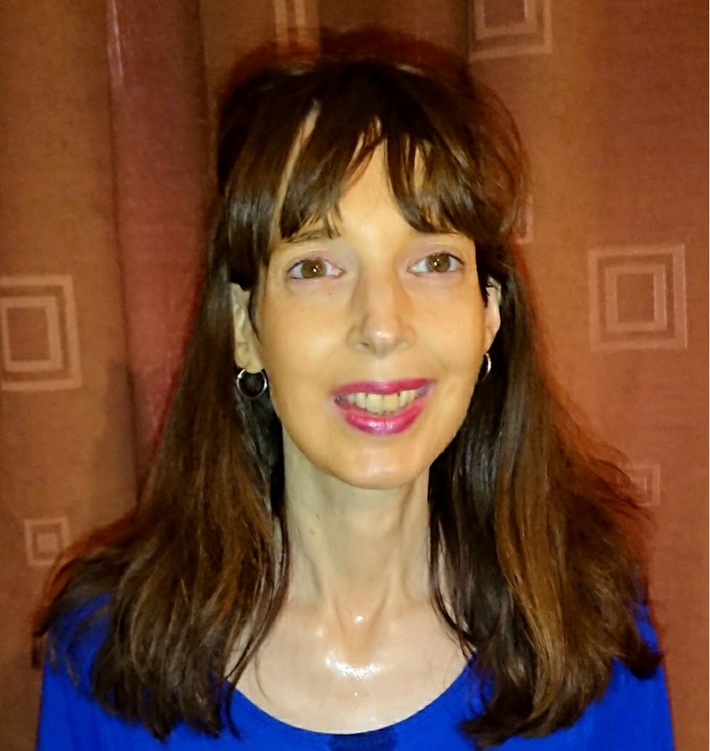 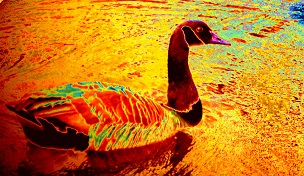