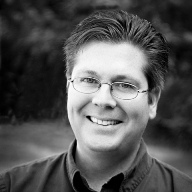 William Doonan has not received any gifts yet

SACRAMENTO, July 30, 2012: BookYear Mysteries is thrilled to announce the publication of William Doonan’s Grave Indulgence, the…

William, top of the universe to you,  and welcome to authors.com  …from The Chuck!
I write sci-fi novels filled with adventure, mystery, romance, drama, horror, and plenty of comedy… Sci-fi for every adult human to enjoy. I'm also a well-known published poet. When you have a few free moments, please check out my Authors page and a few of my videos and blogs I have recently added. Many of my blogs consist of free to read enjoyable sci-fi stories that I plan to edit and unite these twenty-two stories within an  eBook titled: 'Epic Marvels'. One of my newest sci-fi novels is titled: 'They!', which is somewhat related to the 1954 sci-fi classic movie, 'Them!' I'm currently working on a sci-fi mystery titled: 'The Mysteries of Fuller Park'.

Nice to meet you William. Welcome aboard. :) I hope you enjoy being amongst us and I’ll look forward to hearing more about your writing.

Hi William...welcome to Authors.com - I'm new here myself and have found the site really helpful. Hope you do too.