Am new to this site. I do feel its a right place for me. I look forward to interacting with like minded people. I will treasure all who connect with me.

I wish call upon any interested person to co-author a book with me. You can email me directly at rmuwereza@yahoo.com

Since my childhood, i loved writing. I have strong affinity to the art of writing.

Am US-published author of 4 Novels. Anna Banana, After Midnight, Shelton Island and the Wounded Soul.

Writing has shaped my life, it has earned me fame, friends allover the world beside putting a $ in my wallet.

I strongly believe, 'one's talent, if discovered and natured will always pave for him a way to meet kings'

Here are some of my Books/ Suspense Novels 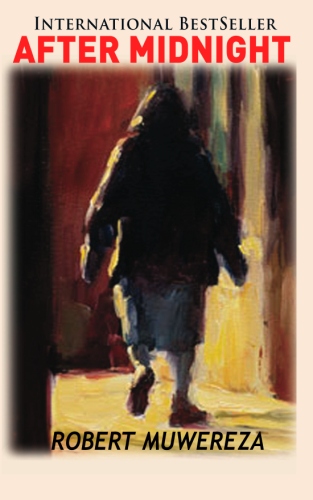 n bare feet, unbutton blue shirt and a necktie hanging from his neck, was Mr. Perkins Rowland, a NewYorker millionaire. He continued walking softly yet hurting on Washington avenue. He's dead to the world but alive to his son who cost him a million dollar investment and job. He lost all, and now he must lose his son to justice.... 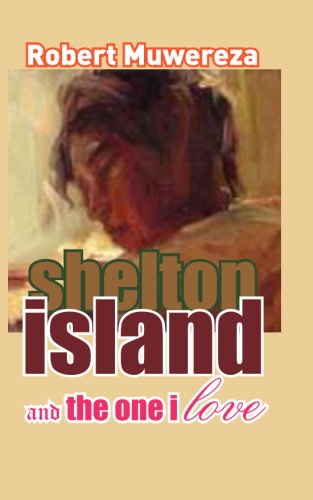 Shelton Island.
Six year old Kevin survives when the Hanson ship sinks into the sea. Hensen, a Shilton chief discovers him. He decides to raise him secretly although he is aware that once the Shiltons discover this, his life and Kevin's will be put to an end. Kevin secretly falls in love with a Shilton princess, Keira. The question is, will they succeed to hide their love and themselves forever?
The One I Love
Two little kids: Elton and Elizabeth strongly trusted each other. They knew that when they grow up they will become husband and wife. Sadly Elizabeth's parents die in a car accident. This changes the world around them. Elizabeth is taken away forever from Sacramento by her brother, Carlos.
Elton at his age of twenty two years, does not only find his life faced with endless struggles for survival, but also with death, betrayal and love. His heart is restless and longing for Elizabeth. He decides to search the world till he finds her. One thing, at a certain point he must either kill or be killed. Two days away to the wedding of Senteza and Anna,a very beautiful American girl who has made him see the light, Senteza is faced by a group of clansmen and elders. Having paid the price of sweat, tears and blood
to restore the Immu Kingdom after a decade of abolition, they want Senteza to succeed his late father king Senteza II.
Anna is aware that if her lover becomes a king, he must marry a tribemate. She's waiting for him to do so and she kills herself.

Through the eyes of elder Mbidde Dwa-dwa, his son Mbidde Dwa expresses the bond of culture, the strength of rituals and contradiction between Western and African
cultures. A heart moving and inspirational story about Anna and Senteza, whose lives are marked by the will to live, the courage to survive and the power to love

You can read /access all my times on leading online stores. Or simply look at the here (Click)

I was doing the dishes when Spencer, the waitress called me. “…some one wants to see you.”
“If it’s not official, let the person come over here.” I told her and continued washing the cups. Next I heard sharp knocks of lady’s shoes. There came a lady. She was dressed in trousers, a white top and that was Stephanie! The woman who, my nightmare! I felt laziness in my mind and didn’t want to look at her. She…

I am honored to be friends.  Granny Gee

Thanks for asking me to be a friend. Well done on your books. Who is your publisher? April

Yes I am writing an Urban Fantasy novel. So far I have written the first seven chapters and it is coming along very nicely. How's your book coming along? April

I am an editor for EditPress, a boutique copy editing service company based in Los Angeles. I used to do freelance work exclusively, but I recently launched a fiction book editing site solely for self-publishing authors. Feel free to browse the new website at www.EditPress.org.

As a promotional effort, I’d love to have the chance to do some copy editing work for you, at the price of your choice. If you like my work and choose to hire me as your editor some time down the road, that’d be great of course, but I’d be happy just for the opportunity to network and share my services to you.

I know you're busy, so I'll make it easy for you: send me the first chapter of a story you're working on, and within 48 hours I will return to you a copy edited and proofread version of your work, accompanied with one page of editorial tips and suggestions -- all for any price you choose. I am testing out this "pay what you can" strategy, so I can't promise the offer will be around for a while. It's a one-time trial and you'll receive the editorial feedback you need so you can proceed writing with more confidence and less uncertainty. Most importantly, you'll be one step closer to getting published!

What do you think?

Thanks for taking the time to read my message. Have a good day!

Robbie, please don't use anything else from my blog.  Gloria/Granny Gee

Q & A with Daniel Pinkwater and Aaron Renier

Q & A with Marieke Nijkamp

Diana Abu-Jaber Mines the Past in 'Fencing with the King'

An Arrow into the Future: PW Talks with Lee Kravetz

Remembering André Leon Talley, a titan of the fashion world

'Joan Is Okay,' explores the meaning of home, having roots

Dave Eggers: How Can Kids Learn Human Skills in a Tech-Dominated World?

'Davos Man' is an angry, powerful look at economic inequality

'The Urge' says calling addiction a disease is misleading

Seeking Enlightenment, He Disappeared Into a Hiker’s Bermuda Triangle

From Blood and Phlegm to Alcohol and Defenestration, Novels of Heartache

New in Paperback: ‘Harlem Shadows’ and ‘The Black Church’

The Cult of Saint Joan