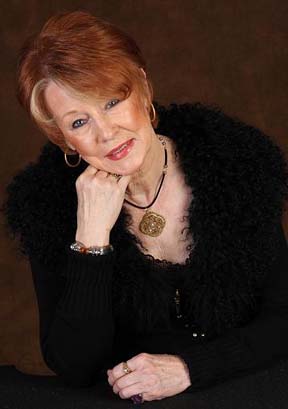 Become a member of my blog!

I would like to invite readers to check out my blog and get ready for a new adventure that I will be posting.Would anyone volunteer to interview me?…Continue

Lyn Miller Lacoursiere has not received any gifts yet

Hello fellow writers; Its been a long time since I've been here due to illness, and I must add, during this time I have managed to self-publish another Lindy Lewis Adventure. This is book number six.  All six are in the e-book format as well. Now I have promised myself to take a month off and market them.

Where to start? what ideas are out here? Is it wise to find a find someone to do this for me?

Visit my page and go to new blog.

Welcome Lyn, …from The Chuck!
I write sci-fi novels filled with adventure, mystery, romance, drama, horror, and many more genres all mixed in... Sci-fi for everyone to enjoy. I'm also a published poet. When you have a moment, please check out my Authors page, a few of my poem videos, and my various types of blogs I've recently added... Let me know if you'd like to become friends.

scribbler said…
Nice to meet you. You’ve come to a good place to meet other writers. :) Welcome aboard. Be sure to go to the Groups section and see the discussions in the Marketing related Group there.

Hy Lyn, welcome! I went on Amazom to read your prologue or something but failed. I must be doing something wrong...

Recently I wrote twenty-two short stories to place in an eBook titled 'Epic Marvels. It was a bit difficult to quickly jump from one character to the next from story to story. What I suggest, is after you create a new character's name, then use your gifted imagination to place yourself within the character. I guess it's similar to making up an imaginary childhood friend, or adding another personality to your brain. You need to give this new character life, because they do live within the stories you you write. Me, trying to be a well-known sci-fi writer like H.G Wells, I sometimes create alien Characters from far away planets, such as my crab-like alien named: Zeeper, who played a big part throughout my Apollo Trilogy novels. Bringing an alien character into your mind can be very strange...LOL!

For my new novel I'm working on, I've created a twenty year old, half-breed Indian woman named: Cheyenne White Cloud, and she's from 1850 Texas; however, she's been displaced in time to our twenty-first century. I'm finding it somewhat difficult, but fun, while imagining myself as Cheyenne. She's overfilled with many mixed emotions upon seeing the technological wonders of the future. She's out of place, and everything is totally new to her; although she's a very strong minded woman, and it was her tough outlaw Pa who raised her from infancy. Anyone else but her to be displaced from 1850 to 2012 would probably go insane. What i'm saying is step into your characters shoes, or boots, and imagine yourself being the character. You need to give them a new personality, different from yours or any other character you've created. I know this sounds strange, but your story needs to be played out like real life within your imagination.

I consider my imagination as my best tool. I know my imagination is a hell of a lot better than my English writing skills, and ever since I stopped being a medical device engineer, I'm betting on my imagination to sell my sci-fi novels. Oops...Sorry, I sometimes get carried away with a long replies.