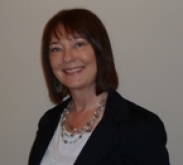 June McCullough has not received any gifts yet

nice to have you aboard...looks like we may have a genre in common.

I look forward to getting to know you and about you and your writing.  This is a great site, I'm certain you will like it.

Q & A with Katie Yamasaki

For His Next Series, Daniel Abraham Flies Solo Again

Q & A with Chuck Wendig

'Orwell's Roses' centers on the tensions between beauty and labor, joy and suffering

'Gentrifier' crafts a narrative about Detroit in darkly comic vignettes

Dave Grohl Has Some Writing Advice You Need to Hear

Questlove Looks at 50 Years of Modern Music — and Modern History

Elizabeth Strout Gets Meta in Her New Novel About Marriage

What George Orwell’s Roses Tell Us About His Politics

Book Review: ‘Everything and Less,’ by Mark McGurl