Does adding a facet of Christianity into writing alienate people?

I generally find when I'm writing (especially poetry and novels) that I automatically assume my target audience are Christians. I will write in one character gets home from Church on Sunday or prays because things are tough... it's almost subconscious...

does this alienate non Christian readers?

Permalink Reply by Deborah G. Hunter on January 23, 2010 at 10:19pm
As a Christian writer and now publisher, I write to the audience that supports my beliefs, but understand that many other people may pick this book up. They have the choice to read for themselves, and usually the category on the ISBN label will determine what this is. I pray that non-believers will pick up one of my books, or the ones that we have published, so that they will see a new perspective on life. Sometimes, this is how God draws people to Him. So, write as you are led by God to write and do not worry about the rest:)

Permalink Reply by edward mooney on July 11, 2011 at 7:18pm
"I generally find when I'm writing (especially poetry and novels) that I automatically assume my target audience are Christians. I will write in one character gets home from Church on Sunday or prays because things are tough it's almost subconscious does this alienate non Christian readers? " 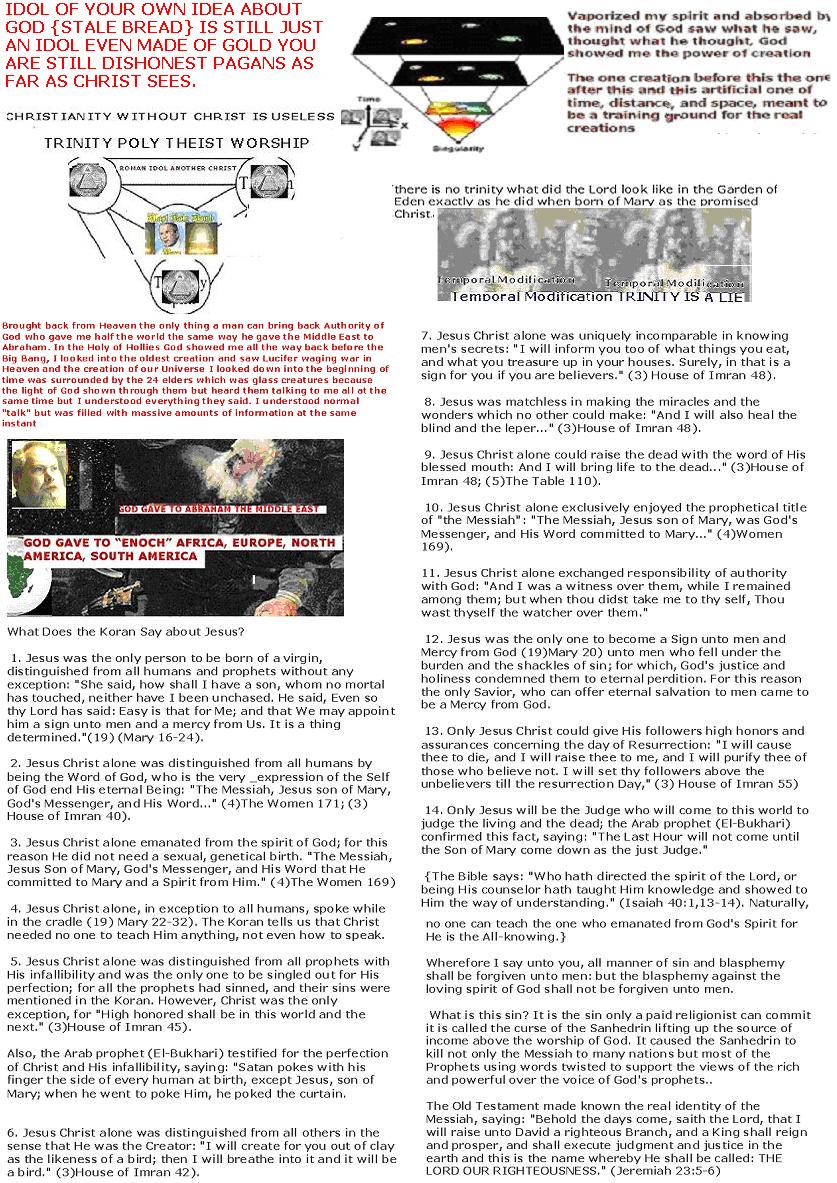 Permalink Reply by Scott A. McPherson on August 2, 2011 at 1:13pm
Cheryl, I know that your post is over a year old, but very poignant.  I have just seen the release of my first book and hope that including a facet of Christianity does not alienate readers.  You are right.  If your faith pervades your life how can you not include what you believe in your writing.  All of the characters in the book do not believe, just like in our lives.  By the same token some are true believers.  In a realistic story I think it is only natural to have some discussion of how our Lord is involved in our lives.  This first book which I have written has characters who have no use for God and some who get to know HIm in the story, yet it is a "murder mystery" not a Bible story.  It is like life is to me.  If that alienates some, it will attract others and, hopefully, bring about some discussion or thought provoking ideas in some.

In my first novel (now in print :-) my main character is a Christian.  He lives his life as I do, before the world, believers and non-believers.  He isn't perfect.  He makes mistakes.  Given an opportunity he tells others about Christ.  I did not intentionally write to Christians, but found that it is considered "Christian Fiction."  It won't attract people who love gore and sex, but many people tire of that kind of novel.  If some are alienated by this approach they would probably be alienated by my life too, but I find that people are usually more attracted to Christ, than pushed away by His example.  I have never had a patient (believer or not) say that they don't want me to pray with them.  Especially if they are ill.

Christ's teachings drew people to him at times (healings, the Sermon on the Mount, riding into Jerusalem), but at times He was seen as an offense by them, "You brood of vipers . . ."  What we write should be honoring to Jesus, in whatever genre we work.

Recently I was at a book festival in Nashville TN.  It amazed me how many people didn't know that Christian Fiction existed.  We were asked several times how there could be Christian romance...or Christian fiction.  Explaining that our stories were stories about every day people...except with a Christian world view...seemed to give pause to quite a few curious attendees.  It was interesting to say the least.

In my novel, Until Forever, as I was praying about it, I felt the Holy Spirit's leading in switching chapters one and three.  It was the absolute best thing I could have done.  Now, when non-christians pick it up and start reading...they get hooked in the first two chapters and are introduced to the gospel in the third.  I have read quite a few reviews of non-christians unable to put the book down...yet at the same time complaining that Jesus is in it.  I love it!

I think it does, because the image of a Christian is not a great one. People think we have an agenda, are trying to proselytise all the time. (As Hans Rookmaaker said, "There are more important things to be done than evangelism!")

When you look at Jesus' storytelling you could not claim they were just propaganda, because I believe they were in the 'lingua franca' of the day and not Institutionalised soundbites (or worms for the unsuspecting to bite on).  We however seem to think that redemption is for the soul and has no other Creational or Cosmic intent. We've reduced truth to a message and disconnect this from how we live.

We need to learn how to communicate to a generation who are basically skeptical of the claims of religion and want something a little more credible, liveable and less dogmatic. Or should I say less controlling and more enabling.

Sometimes it does but to be honest, most of it is due to the fact that non-christians may be pressured into re-evaluating their beliefs. Honestly, though I personally know God as loving and caring, in the defense of non-christians, the belief in an all powerful existence that has the power to judge you and decide your fate is intimidating. Writing as a christian, writing the truth in general often stirs up things in people and one reason why most people feel intimidated reading the Bible is because, it clearly outlines their lives, their beliefs, even their fate. My advice, keep writing. Write as the spirit guides you and do not be afraid about what others think. Your book might just save someone's soul. However, my advice to you is that, just as the devil is subtle in perverting christian truths, be subtle and cunning in writing real truth. Look at the number of people that have read Chronicles Of Narnia and Lord Of The Rings. There is no direct mention of God or Jesus but you can discern their presence through the rich symbolism used, and it is a great read for both Christians and non-christians. When the disciples were preaching in gentile towns, they used symbols and expressions(though not vulgar ones of course, God forbid!) to teach the people. The reason for the saying "When you're in Rome, do as the Romans do" is a guide to show you how to turn the present conditions, culture, language, expressions, even mythology to suit your purpose, which in this case is spreading the word of God. In Ted Dekker's series, "The Circle," he represents Jesus with a character called Justin, though he does mention God's name Elyon, he calls Satan Telee and there is an actual bride that represents the church. There is a disease which represents sin and the blood of Justin as the Blood Of Christ. The fruits God offers are presented as real fruits with a taste surpassing anything natural. Most people are intimidated when you confront them with the truth directly, for that reason, Jesus used parables and you should know that Jesus was also a storyteller. if he lived in our times, he would be a minister and an author. Let Him guide you. He was an author and if he were a Saint, but He is beyond that, I would call him the Patron Saint Of Authors, Writers, Storytellers and probably journalists!

It does with some, but you can't worry about it. You have to write what you feel and what pulls at you.

I had a calling from God to write "Littluns" designed to appeal to both Christian and secular Young Adult and adult readers. For those who have read "Littluns" (see reviews at http://www.littlunsblog.com) their reaction and the awards won are more than I could hoped for. Still it seems that most people are turned off presumably because of the Christian content and maybe the allegorical and animation presentation of it all found in “Littluns”. Perhaps it’s just simply because most people spend most of their fee time on the internet in exchange for taking the time to read a good book.  Nevertheless, it is important to note that I never aspired to become an author and "Littluns" would never have happened if God didn't ask me to write it. So whatever happens I know that His way will be perfect with whatever He has in mind. I would have it no other way.